Mr Dubey filed a complaint with the DCP, New Delhi. He claimed that Prabhakar Mandal, lodged in Jharkhand's Sahibganj jail, threatened him on the phone on July 11. 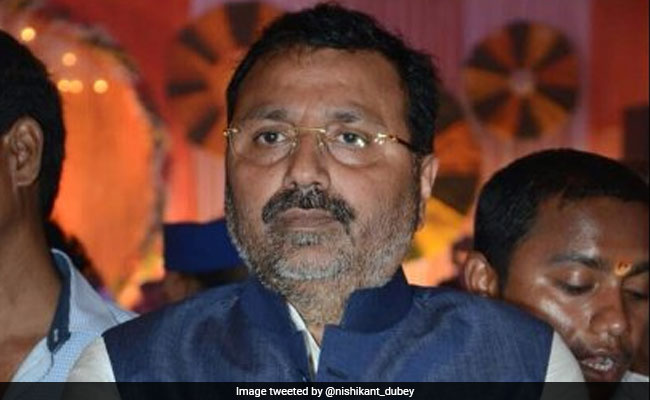 The lawmaker claimed he was threatened he won't be allowed to contest 2019 election. (File)

The BJP MP from Jharkhand's Godda constituency, Nishikant Dubey, on Monday filed a complaint with the Delhi Police, claiming that he received a threat call from a jailed criminal.

Mr Dubey filed a complaint with the DCP, New Delhi. He claimed that  Prabhakar Mandal, lodged in Jharkhand's Sahibganj jail, threatened him on the phone on July 11.

"He abused me for supporting and bearing legal expenses of four accused, belonging to a tribal community, in a mob lynching case in which two people were killed in June 2018," Mr Dubey claimed in his complaint.

He alleged that the caller warned him against raising the issue of Bangladeshi infiltrators in parliament and demanded Rs one crore.

Mr Dubey claimed that Mandal told him he would not be allowed to contest the Lok Sabha elections if the amount was not paid. The BJP MP claimed the treat calls were being made at the behest of his political opponents.

A senior police officer said the complaint was being looked into.

Mr Dubey had in June said he would pay for the legal expenses of four men accused of killing two others on suspicion of cattle theft in the Godda district. He had called it a "personal decision" as he believed the four men were being unfairly targeted for the mob attacks.