The list of 184 candidates across the country was announced by the party on Thursday evening and it included eight names from Assam. 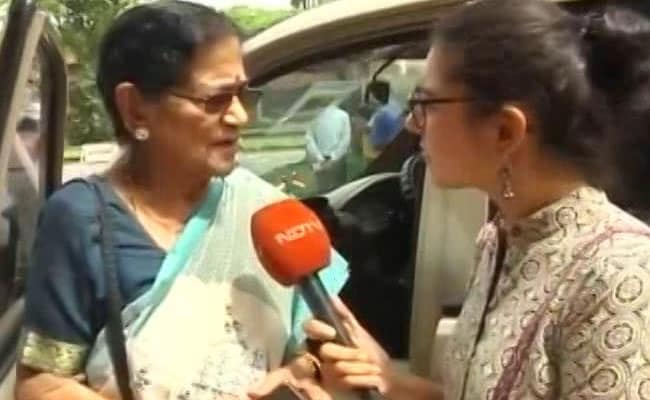 Ex-Union minister Bijoya Chakravarty has been denied ticket from the prestigious Gauhati constituency.

The BJP has denied tickets to three sitting veteran parliamentarians in Assam and included four new faces, the deputy speaker of the assembly and a state minister in its first list of candidates for the upcoming Lok Sabha polls.

The list of 184 candidates across the country was announced by the party on Thursday evening and it included eight names from Assam.

While no candidates were announced for the Tezpur and Nagaon constituencies, The party offered Dhubri, Kokrajhar, Barpeta and Kaliabor seats to its state allies, the AGP and the BPF.

According to the list, a new face in the BJP, Queen Ojha, will contest from the Gauhati seat instead of Chakravarty.

Likewise, Dilip Saikia will contest from Mangaldoi constituency instead of Ramen Deka. Deka is the founding member of the party's state unit.

Deka has been a Lok Sabha lawmaker for two consecutive terms since 2009. He was also the president of Assam BJP and held various posts at the party's national level.

On the other hand, sitting Lok Sabha lawmaker Kamakhya Prasad Tasa has been dropped from the list for the Jorhat constituency and Assam Power Minister Topon Kumar Gogoi would contest the elections from the seat.

While Assam Assembly Deputy Speaker Kripanath Mallah has been nominated to contest from the Karimganj (SC) seat, debutant Rajdeep Roy Bengali will fight the elections from the neighbouring Silchar in the Barak valley. In the Autonomous District (ST), Harensingh Bey, another fresh face, will be in the fray.

As per the last summary revision, over 2.17 crore voters, including at least 7.06 lakh first-timers, will exercise their franchise in a three-phase elections for electing 14 members to the Lok Sabha from Assam.

For the Dibrugarh and Lakhimpur seats, the current BJP members Rameswar Teli and Pradan Baruah have been re-nominated respectively to contest the polls.

Voting in Assam will take place at 28,143 polling stations on April 11, 18 and 23, and the counting of votes will take place on May 23 after completion of the entire seven-phase voting across the country.

During the first phase, voting will happen for Tezpur, Kaliabor, Jorhat, Dibrugarh and Lakhimpur constituencies at 9,574 polling stations with 75.16 lakh electorates.

Karimganj (SC), Silchar, Autonomous District (ST), Mangaldoi and Nawgong will go for polling in the second phase, in which 68.36 lakh persons will caste their vote at 8,992 booths.

Dhubri, Kokrajhar (ST), Barpeta and Gauhati seats will witness elections during the last phase across 9,577 polling stations, where 74.08 lakh people will vote.