Veterinary experts, however, have expressed concern about the politics over the issue. 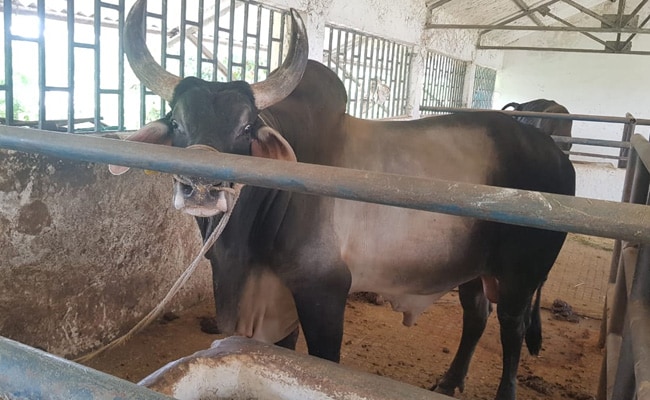 The state government had planned to castrate 12 lakh bulls.

In a rare act of political solidarity in Madhya Pradesh, the ruling BJP and the opposition Congress joined forces and forced the Shivraj Singh Chouhan government to put on hold a recent order on castrating unproductive and inferior bulls across the state. The state government had planned to castrate 12 lakh bulls, with a budget allocation of Rs. 12 crores.

Veterinary experts, however, have expressed concern on the politics over the issue saying castration of such bulls will not make indigenous cow breeds extinct and not doing it will be bad for the rural economy.

This is not the first time that unproductive and inferior bulls are to be castrated in MP. According to government statistics available with NDTV, over 1.33 crore of such bulls were castrated by the government in MP between 1998-99 and September 2021.

This process has been carried out under both the Congress and BJP governments in the past, including 10.6 lakh bulls during the previous Shivraj Singh Chouhan government in 2017-18 and 7.61 lakh bulls under the Kamal Nath-led Congress government during 2019-20.

The opposition, surprisingly, agreed with her. The state Congress spokesperson Narendra Saluja alleged that the move was aimed at ending the indigenous species of cows.

Acting on criticism from all sides, the government on Tuesday issued another order putting the process on hold.

Veterinary experts, however, expressed concern about the politics of this routine process. Director of MP Livestock Development Corporation Dr. KS Tomar said, "Castrating unproductive and inferior bulls isn't new and has been going on for decades. Not doing it will result in these bulls aiding the reproduction of low milk yield progenies. Castration will in no way make our indigenous bovine varieties extinct."

Mr. Tomar adds that castration of such bulls will ensure that only top milk-producing indigenous breeds, like Sahiwal, Rathi, and Gir, are allowed to aid the reproduction of high milk-yielding progenies. "The castration of these bulls is essential for growth in milk yield and dairy farming, which will help in boosting employment in the rural economy, particularly when agricultural land holdings and land fertility are shrinking," he added.

According to official statistics, MP has 2.90 crores strong livestock, including 1.87 crore cows and around 1.03 crore buffaloes. This comprises around 10% of the total bovine population in the country. In terms of milk production, MP is ranked third, only after Uttar Pradesh and Rajasthan. It contributes 7% to total national milk production annually.