Akhil Bhartiya Akhara Parishad (ABAP), the highest decision-making body of saints, is all set to expel the BJP's Chinmayanand from the community. 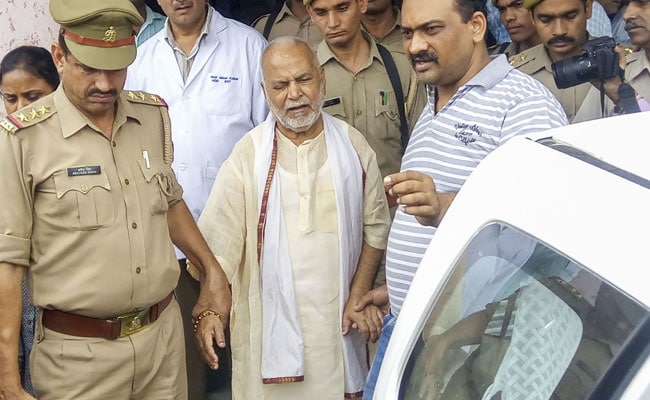 Former Union Minister and BJP leader Chinmayanand, who was arrested on Friday on charges of intimidation and sexual harassment of a law student, is now facing more trouble from his peers.

Akhil Bhartiya Akhara Parishad (ABAP), the highest decision-making body of saints, is all set to expel Chinmayanand from the community.

ABAP president, Mahant Narendra Giri, said after a meeting of the council on Saturday that it has been decided to remove Chinmayanand from the saint community.

"A formal meeting of the Akhilesh Bhartiya Akhara Parishad will be held in Haridwar on October 10 and this decision will get the seal of approval from the general body," he said.

Mahant Narendra Giri further said, "Chinmayanand has accepted his misdeeds and there could be nothing more shameful for the saint community. He will be externed until the day he is exonerated from the court."

Chinmayanand is presently the Mahamandaleshwar of the Maha Nirvani Akhara.

The 73-year-old politician will also lose his position and will not be able to prefix 'Sant' or 'Swami' to his name.

Chinmayanand has also been a key player in the Ayodhya movement.

He also became the convener of the Ram Janambhoomi Andoloan Sangharsh Samiti on January 19, 1986.

Chinmayanand was arrested from his ashram in Shahjahanpur on Friday and sent to 14-day judicial custody almost a month after a video was posted on social media by the law student.

In 2011, Chinmayanand was also accused of rape by an inmate of his ashram, who claimed that he had sexually exploited her on several occasions.