The alliance in Bihar had been on shaky grounds since the BJP struck its 50:50 seat sharing deal with Nitish Kumar. 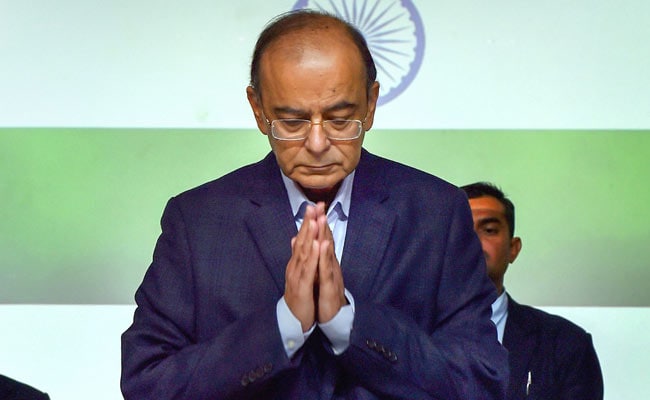 It was the first time since 2013 that Arun Jaitley has stepped into his old role as a crisis manager.

Ram Vilas Paswan, who shared dais on Sunday with BJP chief Amit Shah and Chief Minister Nitish Kumar during the announcement on seat sharing, had one absent leader to thank on his list: Union finance minister and senior party leader Arun Jaitley, who had been part of the hour-long meeting in Delhi last week to address Mr Paswan's concerns over seat sharing. Sources said it was the first time since 2013 that Mr Jaitley has stepped into his old role as a crisis manager of the party. Amit Shah, Nitish Kumar and Ram Vilas Paswan after the announcement in Delhi.

The alliance in Bihar had been on shaky grounds since the BJP struck its 50:50 seat sharing deal with Nitish Kumar. Earlier this month, RLSP (Rashtriya Lok Samta Party) chief Upendra Kushwaha walked out, accusing the party of "arrogance" over its seat sharing deal, where smaller allies like him or Ram Vilas Paswan were not consulted.

It was followed by tough talk from Chirag Paswan. The 35-year-old son of Ram Vilas Paswan not only emphasised the point and asked the BJP for clarity in a series of tweets, but also let it be known that he had written to the finance minister, asking about the merits of demonetization.

The letter, party insiders said, had been sent post December 11, when the BJP was hit by a series of setbacks in the recent round of assembly elections as the results were announced. The BJP had not only lost the heartland states on Rajasthan, Madhya Pradesh and Chhattisgarh to the Congress, but also failed to make much headway in Telangana or Mizoram.

After the verdict, Akali leader Naresh Gujaral had warned that no party will get more than 200 seats in next year's national elections and to win, the allies need to be kept happy. In his tweets, Chirag Paswan, too, had referred to the decamping of the TDP and Mr Kushwaha and said the alliance was passing through a "delicate phase" and the BJP should address the concerns of its allies in a proper fashion.

BJP sources said that was when Mr Jaitley had intervened.

Even Nitish Kumar remarked on the matter during its address. "I thank the BJP for taking care of Ramvilas Paswan ji's dignity. We will put up a strong fight together and emerge victorious," he said.