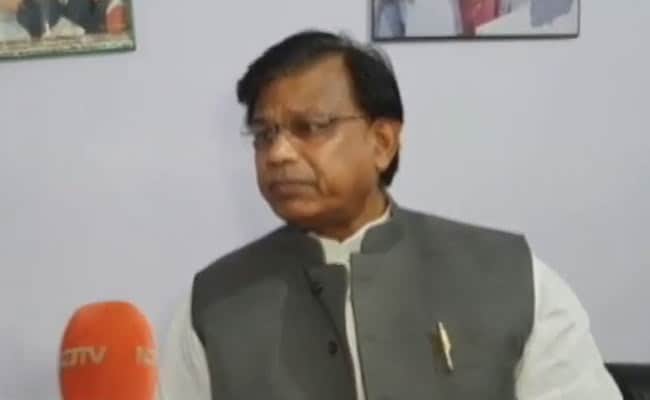 JDU's Mewalal Choudhary has been appointed as Bihar's next Education Minister.

Within two days of government formation in Bihar a controversy has erupted over the appointment of corruption-accused Janata Dal United (JDU) legislator, Mewalal Choudhary, as the Education Minister.

Mr Choudhary, however, has dismissed as baseless all allegations against him related to corruption in building construction and irregularities in appointments to posts of assistant professor and junior scientist. The allegations surfaced in 2017 when he was the vice-chancellor of Bhagalpur agriculture university.

"No. Never. I have not written anything (about a corruption in my election affidavit). I don't know where you get this information. I am the informer, I know. No one is above the law and a case is pending in the court. Not even a chargesheet has been filed. The probe is ongoing. Nothing has happened," Mr Choudhary said when NDTV said his election affidavit stated that a case of corruption has been filed against him.

He further said merely having a case filed against you was not proof of guilt, and targeted Rashtriya Janata Dal's Tejashwi Yadav saying that he was himself corrupt and that he shouldn't point a finger at others. "There are cases against so many legislators," he said.

Mr Choudhary also denied that his nephew was arrested in the 2017 case. "Which nephew?" he shot back skirting questions on why the then Governor Ram Nath Kovind gave the sanction to prosecute him three years ago.

"Power is protecting criminals... Chief Minister Nitish Kumar has granted exemption to loot and robbery by appointing Mewalal Chaudhary... the Chief Minister will continue his discourse on Crime, Corruption and Communalism to save his chair... None of the minority communities were made ministers," he wrote.

RJD chief Lalu Yadav, who is in jail in a corruption scam, also targeted the BJP and the JDU over the appointment saying those who were searching for Mewalal Choudhary earlier are now silent. "In contrast to Tejashwi Yadav's 10 lakh jobs priority, Bihar now has Nitish Kumar whose priority reflects in appointment of Mewalal Choudhary," he tweeted.

Mr Choudhary is the Tarapur MLA who was suspended from the JDU in 2017, but re-inducted later.

Back then, Nitish Kumar was the chief minister with support of the Rashtriya Janata Dal and the BJP, then in opposition, had sought Mr Choudhary's arrest.

A criminal case was filed against him after sanction by the then Bihar Governor Ram Nath Kovind, who ordered a probe into allegations of corruption and irregularities in appointments. However, a chargesheet is yet to be registered against him.