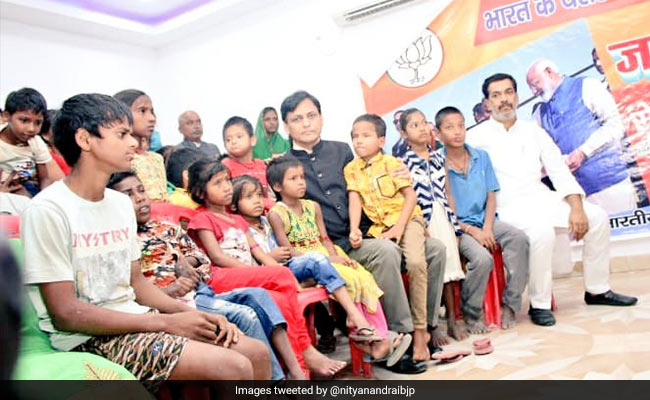 Minister of State for Home Affairs Nityanand Rai on Wednesday adopted 25 differently-abled children in Bihar as part of "Seva Saptah," a week-long campaign being observed by the BJP to mark the birthday of Prime Minister Narendra Modi.

"I have adopted 25 differently-abled children from different parts of Bihar to provide them better health facilities. These children need better healthcare so they can become self-sufficient," Mr Rai told news agency ANI.

The minister said that the Prime Minister is a source of inspiration for him.

"I will not only provide healthcare facility to these children but also provide them with good education and help them find right jobs so they can have a bright future. I will bear all the expenses myself," Mr Rai added.

The BJP is celebrating PM Modi's birthday, which was on September 17, as "Seva Saptah" from September 14 to September 20. The party has announced several social initiatives to be undertaken by its leaders across the nation during this period.