Bihar flood news: Seven people have died due flood-related incidents so far and over 10.6 lakh in the state are affected. Helicopters of the Indian Air Force have been deployed in the worst affected districts to drop food, drinking water and other relief material. 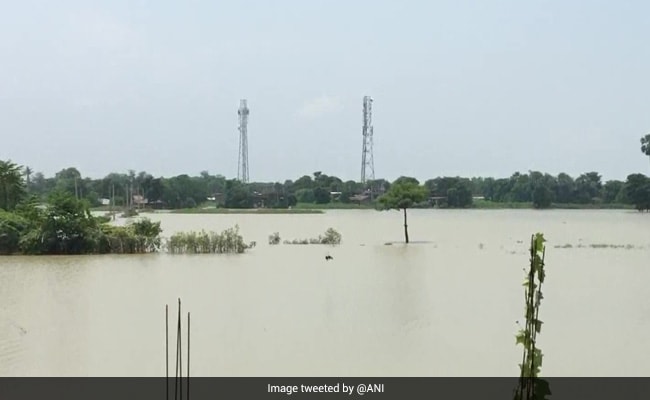 Monsoon news: Many districts in Bihar flooded as most of the rivers in the state are in spate

The flood situation in Bihar has worsened after continuous heavy rain in the state for the past few days. Seven people have died due flood-related incidents so far and over 10.6 lakh in the state are affected. Large swathes of land are under flood waters. Helicopters of the Indian Air Force have been deployed in the worst affected districts of Darbhanga, East and West Champaran, Madhubani and Gopalganj to drop food, drinking water and other relief material.

According to the Bihar disaster management department, 22 teams of the State and National Disaster Response Force have been deployed in West and East Champaran, Sitamarhi, Sheohar, Supaul, Kishanganj, Darbhanga, Muzaffarpur, Gopalganj, and Khagaria. Several rivers such as the Baghmati, Burhi Gandak, Kamlabalan, Lalbakeya, Adhwara, Khiroi, Mahananda and Ghaghra are in spate causing extensive flooding.

Over 35 people in East Champaran district had a narrow escape after the engine of their boat malfunctioned during rescue operations. Rescuers of NDRF noticed that the boat was stuck on the swollen Gandak river. Guided by senior NDRF personnel, the group was taken to safety. Commandant Vijay Sinha of 9 Battalion, NDRF said, the boat's engine had failed and the people onboard somehow managed to save it from drowning with the help of a tree for more than two hours.

Chief Minister Nitish Kumar on Saturday held a cabinet meeting via video conference to review the flood situation. The Chief Minister directed officials to distribute masks to those rescued from flood ravaged areas and provide them with all the facilities according to the COVID-19 guidelines. He also directed them to provide Rs 6,000 each as relief for now.