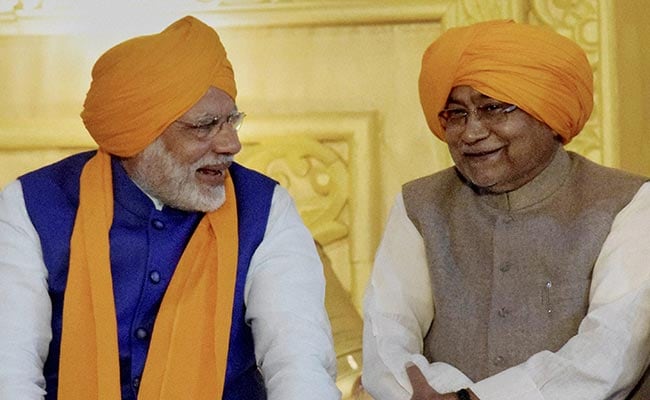 Patna: Nitish Kumar is showing no burnout when it comes to agreeing with Prime Minister Narendra Modi. Yesterday, the Bihar Chief Minister said the PM is correct to claim that his shock demonetisation move animated the war against black money. Today, Mr Kumar said the Prime Minister's pushing of simultaneous state and general elections is sagacious.

At a meeting with Chief Ministers of different states in April this year, the PM said that holding general and state elections at one go would be much cheaper and stop the disruption of governance. He circulated that theory again last month, urging his party to initiate a nationwide debate on the proposal.

Till a few months ago, Mr Kumar and his Janata Dal United or JDU said any move to change the election schedule would need parliament's approval. But today, a senior JDU leader, Vashishta Narayan Singh, said the party has no objections to simultaneous voting, not least because it will save the country a lot of money.

As with other substantive issues, Mr Kumar privately agreed with the PM's opinion, but publicly did not endorse it till they ended years of deep enmity in July to reignite the alliance between their parties, forming a new joint government to run Bihar.

Promoted
Listen to the latest songs, only on JioSaavn.com
The Bihar Chief Minister has long held that the current staggered timetable for elections holds up the announcement and implementation of key reforms and schemes not least because parties, especially national ones, are constantly focused on the next state election, and important bureaucrats and officers are deputed to other states as observers for elections.

Yesterday, the Chief Minister, who had backed the PM's ban on high-denomination notes right from the beginning, said that just because 99 per cent of the banned currency has been returned to banks, it doesn't mean that the aim of destroying black money has been defeated, as all experts have declared. Instead, the Chief Minister said, demonetisation will change people's mindset and clear the way for the next phase of fighting corruption by identifying proxy-owned or benami property.