Bihar Election: Nearly One-Fifth Of The Candidates From Nitish Kumar's Party Are Women

Bihar Election 2020: The choice of candidates by the JD(U) though, might be raising eyebrows in some cases. One such instance is the candidature of Manju Verma from Cheria Bariyarpur in Begusarai district. 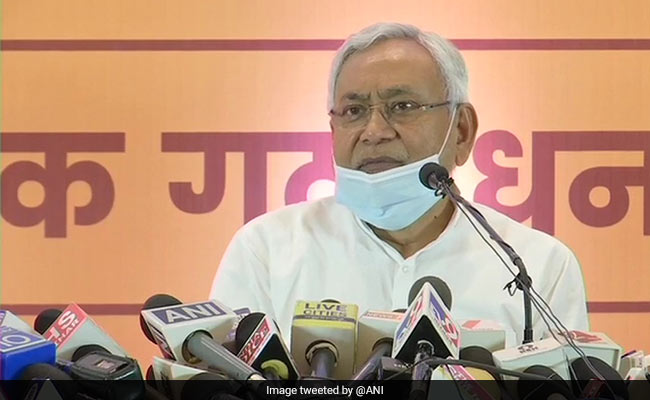 Nearly one-fifths of the candidates fielded by the ruling JD(U) in Bihar assembly polls are women - in line with Chief Minister Nitish Kumar's emphasis on empowering women through a slew of measures, most notable, though controversial, being the prohibition law.

The party has clinched a seat-sharing deal with the BJP, under which it got 122 constituencies in the 243-strong assembly. Former Chief Minister Jitan Ram Manjhi's HAM has been accommodated by the JD(U) with seven seats from its quota. Of the remaining 115 candidates, whose names have been announced, 22 are women.

The choice of candidates, though, might be raising eyebrows in some cases. One such instance is the candidature of Manju Verma from Cheria Bariyarpur in Begusarai district.

Manju Verma, who was the state's social welfare minister till a few years ago, had to step down in disgrace when it was alleged that her husband had close ties with Brajesh Thakur, the prime accused in the Muzaffarpur shelter home sex scandal.

More skeletons tumbled out of her closet when a CBI team raided her Cheria Bariyarpur residence and discovered a huge quantity of ammunition. Subsequently an Arms Act case was slapped on the husband-wife duo.

Besides this, quite a few other candidates happen to be wives of those with criminal backgrounds, whom the party may stand accused of trying to accommodate while appearing to maintain a distance.

One such candidate is Manorama Devi - a sitting MLC from Gaya district - whose late husband Bindeshwari Prasad Yadav was a local muscleman. Her son's involvement in a road rage case four years ago had caused the JD(U) to suspend her from the party. She is now the party's official candidate from Sherghati in Gaya.

The party's choice of candidates may, however, be hailed in places like Dumraon where it has dropped its sitting MLA Dadan Pahalwan, a maverick muscleman, and reposed its trust in Anjum Ara, one of its state spokespersons who is relatively young and enjoys a clean image.

The Chief Minister, who also heads the JD(U), by virtue of his belief in the ideology of Ram Manohar Lohia, swears by the equality of sexes. After he achieved power in the state in 2005, his first five years in office were much talked about for measures such as free uniforms and free bicycles for school-going girls.

His reign was also marked by introduction of reservation for women in panchayats and urban local bodies.

Although the state has one of the worst police to population ratios in the country, Mr Kumar makes it a point to remind in his speeches that the percentage of women in uniform in Bihar was better than what it is in other states.

While Nitish Kumar's political alignments have swayed during his decade and half as Chief Minister, his pro-women stance has remained unwavering.

In 2015, when he had stunned all by forging an alliance with arch rival Lalu Yadav's RJD, he came out with the jaw-dropping promise of enforcing prohibition if he returned to power.

Nitish Kumar brought in the prohibition law in April, 2016 fulfilling the electoral promise he had made to women who had been complaining that their menfolk splurge their earnings on liquor, get drunk and cause nuisance at home.

Allegations of a thriving boot-legging industry coming up in the wake and harassment of people on account of some draconian provisions of the prohibition have left the Chief Minister unfazed.

He followed up the measure with campaigns against dowry and child marriage - declaring that the state must adopt social reform measures if it were to prosper.

His blueprint for the next five years titled 'saat nishchay' (seven resolves) part-2 also contains several measures to ensure greater empowerment of women in the state.