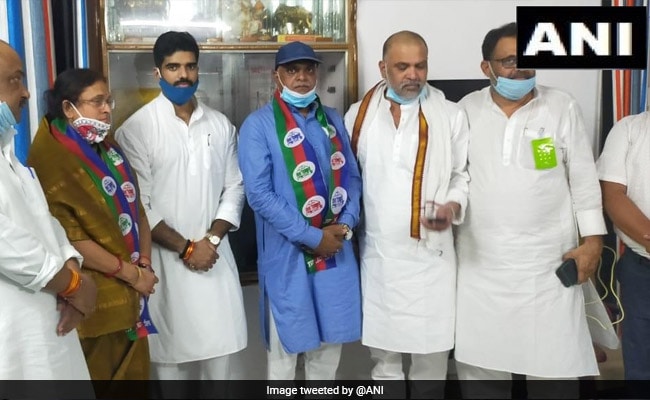 Senior Bihar BJP leader Rameshwar Chaurasiya on Wednesday joined the Lok Janshakti Party (LJP) amid political changes in the state ahead of assembly polls with political parties engaged in the process of deciding their candidates.

The LJP has decided not to contest Bihar Assembly Elections with Chief Minister Nitish Kumar as the leader. The party will not contest the seats being contested by the BJP but will fight from those that are being contested by JDU.

JD-U has been allotted 122 seats and BJP has got 121 seats for Bihar Assembly polls under their seat-sharing agreement. JD-U will give seven seats to Jitan Ram Manjhi-led HAM from its 122 seats while the BJP has decided to give 11 seats to Vikassheel Insaan Party (VIP) from its share of 121 seats.