Anant Singh, a strongman from Bihar's Mokama, alleged he was being hounded by the state administration.

An AK-47 automatic rifle was recovered from Bihar MLA Anant Singh's paternal house in a village near Patna, the police said. The gangster-turned-politician, who won from Mokama as an independent in 2015, denied the police's charge, saying he was being hounded as his wife contested the Lok Sabha election against a Janata Dal United leader.

"The house was unlocked in the presence of a magistrate with proper videography. An AK-47 rifle and other suspicious things have been recovered for which we have called the Bomb Squad team from Patna. We are taking further action on it. This has been recovered from the house of MLA Anant Singh," a senior police officer told news agency ANI.

Mr Singh, a strongman in the state's Mokama, was first elected to the Bihar assembly on a JDU ticket in 2005. In 2015, when the party chief Nitish Kumar joined forces with his rival Lalu Yadav of RJD to stop the BJP, Mr Singh was denied a ticket. Mr Yadav was reportedly not in the favour of fielding him as an alliance candidate owing to his criminal background.

He, however, contested an an independent candidate and won from Mokama. 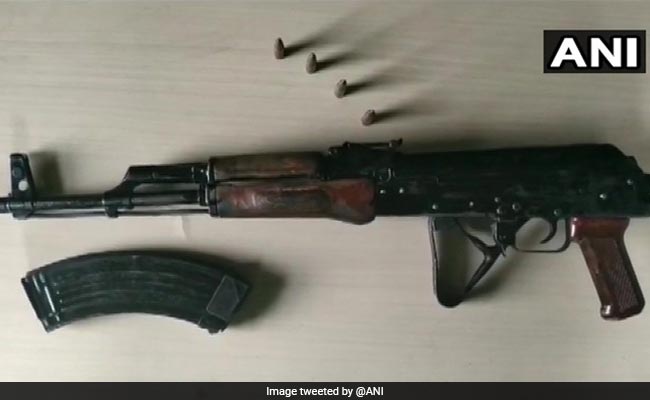 Anant Singh said he was being hounded.

In the national election in May this year, Mr Singh's wife Neelam Singh had contested against JDU's Lalan Singh and lost.

"I contested election against Lalan Singh, that is why I am being hounded. Lipi Singh (Barh SP) has been brought to Barh to trouble me," he was quoted by news agency ANI.

"My home is not being raided...it is being demolished by 100 policemen. Na kurki hai, na jabti hai...mera ghar tod rahe hain 4 baje bhore se (They have not given any notice, they have not seized the property, they have breaking my house since 4 am )" he said.

The police, however, denied the allegations.

"As I told you earlier. This has been done in the presence of a magistrate, the entire incident has been videographed. You can see that no damage has been done," the police officer added.