Sanctions For India Over S-400 Deal With Russia? US Diplomat Said This

CAATSA is a tough US law which authorises the administration to impose sanctions on countries that purchase major defence hardware from Russia in response to Russia's annexation of Crimea in 2014 and its alleged meddling in the 2016 US presidential elections. 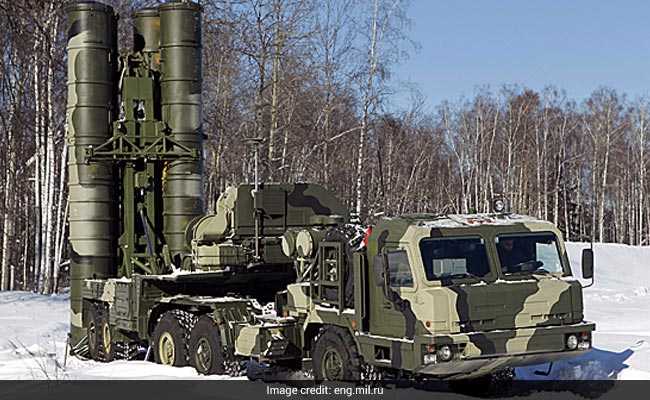 India has been the largest importer of Russian arms since 2016 but also has ties with the US.

US President Joe Biden will decide whether to apply or waive sanctions on India, one of America's key partners, under the CAATSA law for its purchase of the S-400 missile defence system from Russia, a senior administration official has told lawmakers.

The US administration is required under a domestic law, Countering America's Adversaries through Sanctions Act (CAATSA) to impose sanctions on any country that has significant transactions with Iran, North Korea or Russia.

CAATSA is a tough US law which authorises the administration to impose sanctions on countries that purchase major defence hardware from Russia in response to Russia's annexation of Crimea in 2014 and its alleged meddling in the 2016 US presidential elections.

Responding to a question on possible CAATSA sanctions on India, Donald Lu, Assistant Secretary of State for South and Central Asia told members of the Senate Foreign Relations Subcommittee on the Near East, South Asia, Central Asia, and Counter-terrorism on Wednesday that it was for the President Biden to decide whether to apply or waive sanctions on India.

"I can assure you that the administration will follow the CAATSA law and fully implement that law and will consult with Congress as we move forward with any of them. What unfortunately I am not able to say is to prejudge the decisions of the President or the (Secretary of State) on the waiver issue or on the sanctions issue, or whether Russia's invasion of Ukraine will bear on that decision," he said.

Mr Lu said that the Biden administration is yet to decide on applying sanctions on India under CAATSA.

"India is a really important security partner of ours now. And that we value moving forward that partnership and I hope that part of what happens with the extreme criticism that Russia has faced is that India will find it's now time to further distances," Mr Lu said.

The senior American diplomat said it is going to be very hard for any country to buy major weapon systems from Russia because of the sweeping sanctions now placed on Russian banks.

Mr Lu's remarks came as India faced flak from US lawmakers, both Republicans and Democrats for choosing to abstain from a UN vote on Wednesday to rebuke Russia's invasion of Ukraine.

A total of 141 nations voted in favour of the move condemning Russia's invasion of Ukraine and five nations were against it, with 35 countries, including India, abstaining.

The UN General Assembly resolution was similar to the one circulated in the 15-nation Security Council last Friday, on which also India had abstained.

The UN Security Council resolution, which received 11 votes in favour and three abstentions, was blocked after permanent member Russia exercised its veto.

In October 2018, India had signed a USD 5 billion deal with Russia to buy five units of the S-400 air defence missile systems, despite a warning from the then Trump administration that going ahead with the contract may invite US sanctions.

Following the US sanctions on Turkey over the procurement of S-400 missile systems, there were apprehensions that Washington may impose similar punitive measures on India.

Russia has been one of India's key major suppliers of arms and ammunition.