Bhima Mandavi had won the 2018 Chhattisgarh polls, defeating Devati Karma, wife of Congress leader Mahendra Karma who was killed in a similar attack in Sukma in 2013. 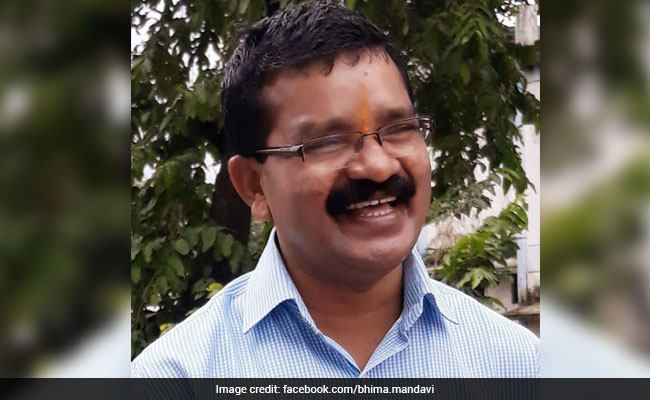 Bhima Mandavi, a BJP member of legislative assembly, was returning after campaigning for his party when his convoy came under Maoists' attack in Chhattisgarh's Dantewada. He was traveling with security personnel in a bullet-proof vehicle, which was blown up in an improvised explosive device (IED) blast. The incident occurred at Shyamagiri hills when the MLA's convoy was heading towards Kuwakonda from Bacheli area, about 450 km from state capital Raipur. He and four security personnel died in the attack.

Mr Mandavi was a senior BJP leader in the area. He had lost the 2013 assembly election from Dantewada, defeated by Devati Karma, wife of Congress leader Mahendra Karma who was killed in a similar attack in Sukma.

In 2018 assembly polls, the BJP again fielded Mr Mandavi from Dantewada. He pulled off a narrow win even when his party lost in the state. He was the lone BJP candidate to win from Bastar region which accounts for 12 assembly seats.

According to reports, the administration had tried to dissuade Mr Mandavi from campaigning in the area due to the Maoist threat.

The Maoists had threatened people of the area against taking part in elections.

Prime Minister Narendra Modi has said in a tweet that his death is anguishing.

"Shri Bhima Mandavi was a dedicated Karyakarta of the BJP. Diligent and courageous, he assiduously served the people of Chhattisgarh. His demise is deeply anguishing. Condolences to his family and supporters. Om Shanti," he tweeted.

Chhattisgarh votes in three phases in the national election - April 11, April 18 and April 23.