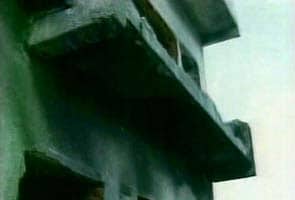 Mumbai: In a major relief to defence lawyers representing the 9 accused in the Best Bakery riots case, the Bombay High Court has given them a clean chit calling the lower court's observations against them as "uncalled for".

The Bombay High Court on Monday had acquitted 5 of the 9 accused, even as it upheld the life sentences awarded to 4 accused by a lower court in 2006. The high court said there wasn't enough evidence against the acquitted accused. On March 1, 2002, 14 people - including women and children - were burnt to death in Vadodara after the riots broke out.

The high court judgement observed that Judge Abhay Thipsay had said in his 2006 judgement that the defence lawyers were in collusion with the witnesses who turned hostile during the re-trial in Mumbai. The lower court had also said the star eyewitness Zaheera Sheikh appeared to have been given "monetary inducements" without mentioning who had paid them.

The clean chit gains significance not only because of the trial court's observations, but it also has political implications.

During the first trial in Gujarat in 2003, Zaheera and 36 witnesses had turned hostile. She had told the Supreme Court that they did so as they were intimidated by families of the accused. The apex court then ordered a re-trial, slamming the Narendra Modi-led BJP government and in an unprecedented move had transferred the case to the neighbouring state of Maharashtra.

Allegations were also made against defence and prosecution lawyers then that they were  hand in glove with certain BJP leaders.

"Sometimes words harm more than weapons and this is what happened in this case," Justice PD Kode observed in his judgement today.

"This is a huge relief as now the Bombay High Court has even expunged these uncalled for observations," defence advocate DS Jambaulikar told NDTV.

However, the set of lawyers representing the accused in the retrial in Mumbai and during the first trial in Gujarat are different.

The high court also asked the Gujarat government to compensate the four witnesses with Rs 3 lakhs each and deposit the amount with the court within 8 weeks.

In this case witnesses have suffered a lot and injury suffered by them can't be compensation by money, the high court observed.

The court has also asked the Gujarat government to give the protection to the witnesses under a witness protection program. "Witnesses of such cases should be given different identity and shifted to different states and should not be let on the mercy of both parties," the judgement said.

The court upheld the sentences of the guilty as it found merit in the testimonies given by these four injured eyewitnesses who had identified them on that fateful day armed with swords and sticks. The court also slammed the Gujarat police pointing out that there were serious lapses in the investigation with regard to "recording of statements of witnesses."

The Best Bakery case has seen many flip flops since 2003. After the riots, the prime eye witness and complainant Zaheera Sheikh in the case turned hostile along with 36 other witnesses during the trial held in a Vadodara court. The fall out: the court let off all 21 accused.

Zaheera then moved the Supreme Court stating witnesses had turned hostile as they were intimidated by families of the accused. The apex court moved the case to Maharashtra ordering a retrial.

Seventeen accused were retried in a highly secure court in Mumbai but once again Zaheera turned hostile, this time accusing social activist and her one-time guide Teesta Setalvad of tutoring and pressurizing her. Sessions judge Abhay Thipsay, however, convicted 9 of the 17 accused and said in his judgement that Zaheera and her family had lied to the court. ''The evidence of the hostile witnesses leaves in no manner any doubt that they were lying and have been tutored. It also appears that they been given monetary inducements.''

Two months after the judgement, in April 2006, the Supreme Court convicted Zaheera Sheikh for contempt of court and sentenced her to a year's jail term which she served at the Byculla Jail in Mumbai.

Promoted
Listen to the latest songs, only on JioSaavn.com
After the judgement on Monday, prosecution sources said they would appeal against the order in the Supreme Court.