The letter comes in the backdrop of an ongoing Enforcement Directorate investigation into the alleged multi-crore school job scam in which it arrested now-sacked West Bengal minister Partha Chatterjee on July 23. 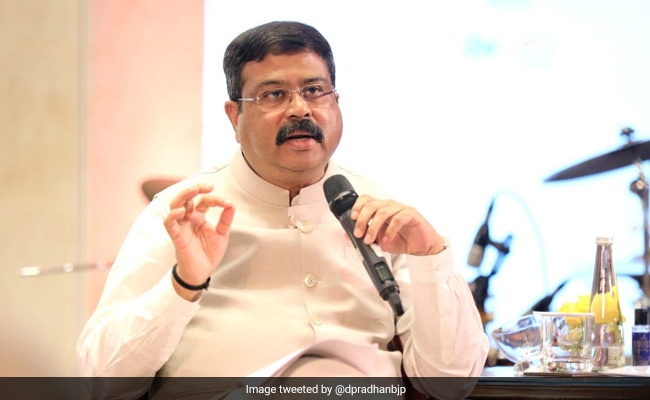 The letter comes in the backdrop of an ongoing Enforcement Directorate investigation into the alleged multi-crore school job scam in which it arrested now-sacked West Bengal minister Partha Chatterjee on July 23.

"A large number of representations received from various teachers and teacher organisations from West Bengal regarding irregularities in the teacher recruitment in West Bengal is a matter of grave concern," the letter read.

"The irregularities found in the teacher recruitment scam of West Bengal will certainly hamper the quality of education and demotivate the future generation," Mr Pradhan said.

"I sincerely urge you to take necessary corrective measures to restore the confidence of the people," he added.

The CBI, as directed by Calcutta High Court, is probing the alleged irregularities in the recruitment of Groups C and D staff as well as teachers in government-sponsored and-aided schools.

The ED, which is looking into the money trail involved in the scam, has claimed it recovered nearly Rs 50 crore in cash along with gold from apartments linked to Arpita Mukherjee, one of Chatterjee's close aides.

In the letter, Mr Pradhan cited certain instances of irregularities in the appointment of teachers through the State Level Selection Test (SLST).

"I would like to bring your attention to certain instances. The process for the appointment of teachers through the State Level Selection Test (SLST) has been started in 2014. However, actual recruitment could take place only two years later in 2016," the letter mentioned.

Mr Pradhan assured Ms Banerjee of the central government's continuous support and highest consideration to ensure access to quality education for all children in West Bengal.

Partha Chatterjee was sacked from the sate Cabinet and suspended from the Trinamool Congress party following his arrest.