In a Facebook post, Partha Chatterjee, the TMC secretary general, said that all their grievances can be solved through discussions with the government. 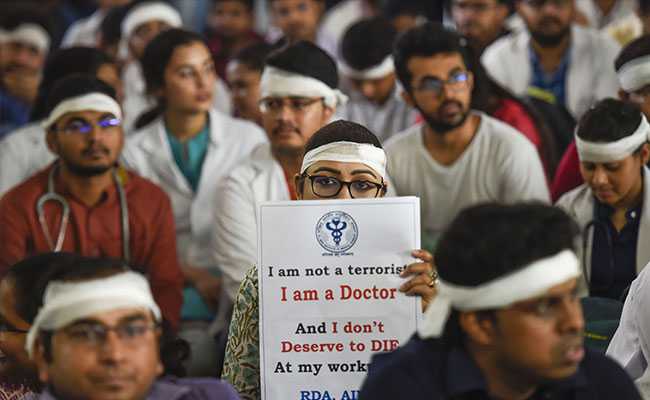 The strike by junior doctors hampered regular services in all state-run medical colleges and hospitals.

In a Facebook post, Mr Chatterjee, the TMC secretary general, said that all their grievances can be solved through discussions with the government.

"I would like to appeal to my young friends to keep aside misunderstandings and join back at work. We should not lose faith on masses. I too have been involved in student politics and now after being appointed in a position, still believe that all of us should work towards serving the masses.

"Just like you need security, patients also need treatment. I would appeal to all of you to think over it," he said.

The strike by the junior doctors continued on Friday, hampering regular services in all state-run medical colleges and hospitals, and a number of private hospitals.

However, emergency services were available at one or two hospitals, including Nil Ratan Sircar (NRS) Medical College and Hospital in Kolkata, on Friday morning.

Notwithstanding Chief Minister Mamata Banerjee's warning of strict action if work is not resumed, the junior doctors carried on with their agitation.

The junior doctors have been agitating since Tuesday demanding security for themselves in government hospitals, after two of their colleagues were attacked and seriously injured allegedly by relatives of a patient who died at the NRS Medical College and Hospital in Kolkata.