The Chief Election Commissioner strongly indicated that politically motivated complaints against the poll machinery, including the forces, would not be entertained 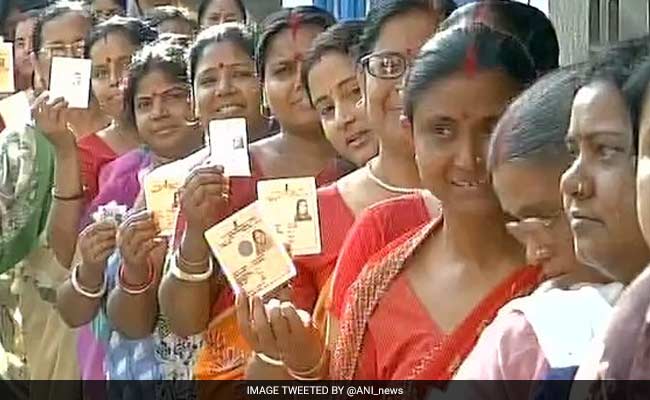 Motorcycle rallies by political parties will not be allowed once the model code of conduct is enforced in Bengal ahead of Assembly polls due in April-May, the Election Commission has said, adding that Civic Volunteers - a uniformed force set up by an executive order some years ago - will not be allowed a role in the electoral process.

After two days of meetings, the commission indicated that violence-free polls is its priority and said that central forces and state police would work with greater coordination than in the past to ensure effective deployment during the polls.

The Chief Election Commissioner also strongly indicated that politically motivated complaints against the poll machinery, including the forces, would not be entertained. The CEC also defended the Border Security Forces after complaints from a political party he said he would not name.

On Wednesday Education Minister Partha Chatterjee, after a meeting with the poll body, said that the BSF was threatening villagers in border areas to vote for one particular party.

"Whichever political party made this averment about BSF, it is unfortunate. BSF is one of the finest forces in the country. It is the sentinel of our borders. It was founded by iconic police officers, like Rustamji and Ashwini Kumarji," CEC Sunil Arora said in response.

The Election Commission asked for specific complaints but has, so far, got none.

"Let any party forward instance to us, then we will come into the picture. But till then we cannot tarnish the sentinel of the borders of our nation," Mr Arora added.

The poll body also spoke highly of presentations by Superintendents of Police and District Magistrates, which he said were "excellent". Words of praise were also dished out to Chief Secretary Alapan Bandopadhyay, whom Mr Arora said gave detailed documents and was in complete command of his team.

Meanwhile, the BJP's state chief, Dilip Ghosh, complained that the names of several Rohingya were included in voter lists from border districts. The poll body, however, seemed to be in no mood to entertain such claims.

"We are not going to verify the lists ad nauseum. Always, and not just for Bengal, our team of officers in Delhi take a closer look and, if there is a palpable substantive issue, an empirical issue, we do take active measures," Mr Arora stressed.

The Election Commission also laid out rules on transfer of, or punitive action by the state against, officers involved in the poll process.

"No officers involved in the polling process can be transferred or punished by the state for one year after the election, without getting the nod of the Election Commission," the CEC said.

"There have been instances in the past of good officers getting bad postings and others trying promoted. We will keep an eye on this," he added.

Later in the day the Bengal government transferred four officers, two of whom had been blocked out of the poll process in 2019.