Bellary: Mined over and over by Karnataka politicians 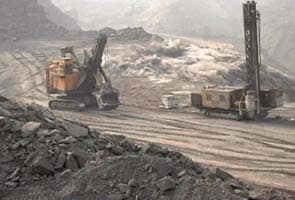 Bangalore: A six-hour drive from Bangalore leads to Bellary - home of what's referred to locally as "the black gold." This is one of the most under-developed regions of Karnataka, but it is crisscrossed with vast reserves of iron-ore which have led to its repeated rape.

The hills of Bellary have been mined since the 14th century. More recently, modern mining started here in the 1950s but it was the Olympics in China that turned it into boom-town. The massive orders from Beijing spawned a new wealth for those who operated from here. Those who didn't also moved in for the kill.

The largescale breach of central and state laws has funneled an environmental disaster. Hills that were once green have been reduced to red dustbowls. Forest areas meant to be off-limits have been steadily and blatantly encroached upon with no consequences.

Karnataka's Lokayukta or ombudsman, Santosh Hegde, has said for three years now that politicians across parties collude with industrialists, not just in violating environmental guidelines but in stealing crores from the state. Mr Hegde's new report on illegal mining, to be officially presented to the state government soon states that close to 1800 crores have been lost in the last 14 months, mainly through the illegal export of iron-ore.

The politicians he has named - suggesting they be investigated - include Chief Minister BS Yeddyurappa; senior ministers and mining barons from Bellary the Reddy Brothers; and former Chief Minister HD Kumaraswamy, who heads the Opposition Janata Dal (Secular).

Mr Yeddyurappa is currently on holiday in Mauritius. The Reddys and Mr Kumaraswamy said they are innocent. The Supreme Court deputed an expert committee to study mining in the state - its conclusions were similar to that of the Lokayukta.

Bellary, undeterred, continues its business. Trucks issued a permit for a single journey make multiple trips, collecting far more iron-ore than allowed. They are seen over-loaded, easily making their way through check points. Forest and revenue officials jockey for postings to Bellary - the bribes are sizeable and recurring.

Promoted
Listen to the latest songs, only on JioSaavn.com
For politicians, they seem to run into crores. Mr Hegde's report allegedly states that Janardhana and Karunakara Reddy received massive kickbacks for mining leases they granted. A trust run by the Chief Minister's family received 10 crores from a mining company, says the report.