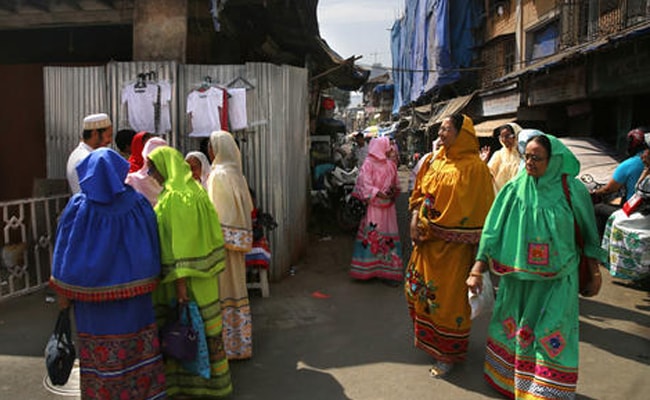 The Dawoodi Bohras are an affluent trading community of about a million people mostly in Mumbai.

MUMBAI: When Bilqis talks about having circumcised her daughter, she goes back and forth on how she feels - sometimes within the same sentence.

The slender 50-year-old doctor defends what is widely known as female genital mutilation within her small, prosperous Shia Muslim sect in India, saying it's a mild version that amounts to "just a little nick. No harm done." Yet she also acknowledges regret and guilt at putting her daughter through a practice the United Nations calls a violation of girls' rights.

"It's really nothing, it changes nothing," repeats Bilqis, who asks to be anonymous except for her religious name because of the personal nature of the subject. But she adds: "I have no doubt in my mind that it is not helpful. ... If I had a young daughter now there's no way I would have her circumcised."

The struggle within Bilqis and her Dawoodi Bohra community reflects a growing debate over the best way to address a custom that is proving stubbornly hard to eradicate. At least 200 million girls and women alive today have undergone some form of female genital cutting, according to the United Nations - 70 million more than in 2014 because of increases in both population and reporting. And the UN predicts the number of victims will increase significantly over the next 15 years because of population growth.

Faced with this prospect, experts in the respected international Journal of Medical Ethics in February proposed permitting small female genital cuts that "uphold cultural and religious traditions without sacrificing the health and wellbeing of girls and young women." But this approach is already carried out in the Bohra community and is proving highly controversial.

"They always say it's just a nick and a touch, but there are incidents where things have gone horribly wrong," says Masooma Ranalvi, who broke the silence around female genital mutilation in her community last year with a series of online petitions that sought to ban it. 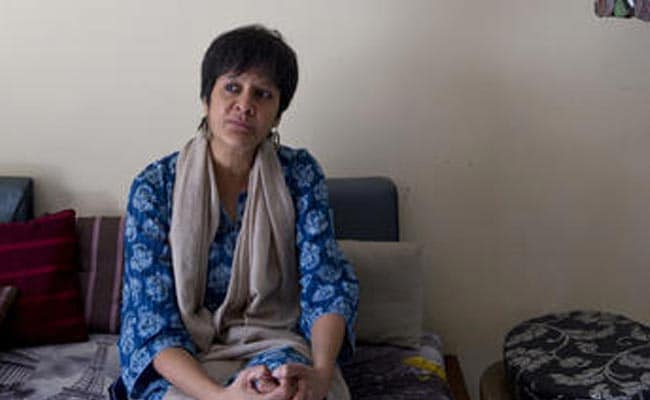 Masooma Ranalvi, an activist who broke the silence around female genital mutilation.

Ms Ranalvi remembers when she was 7, her grandmother promised her candy and ice cream. Instead, she was taken to a dingy room in a back alley. Her dress was pulled up and her legs and arms held down. A sharp pain followed. She came home in tears.

She did not understand what had happened until her 30s, when she read about female genital mutilation. India has no laws banning female circumcision, and Ms Ranalvi says the letters she has sent to Dawoodi Bohra leaders have been ignored.

The Dawoodi Bohras are an affluent trading community of about a million people concentrated mostly in Mumbai, but also seen across the United States and Europe. In the winding lanes of a Bohra neighbourhood, observant men are distinguished by white and gold embroidered caps and beards. Women wear a long, colorful tunic down to their ankles, and a scarf over their hair.

The Bohras are known for their liberal attitude toward the education of women. Yet the community is also tightly controlled by an entirely male clergy, with headquarters in upscale Malabar Hill in southern Mumbai. Here, alongside the homes of Bollywood actors and billionaire business tycoons, sits the sprawling Saifee Mahal, the home of the religious head known as the Syedna.

When they reach puberty, Bohra boys and girls take an oath of loyalty to the Syedna, and he has a say in almost every aspect of their lives, including marriage and funerals. From Mumbai to New York, medical professionals receive the Syedna's blessings to perform circumcision for girls, known as khatna. The procedure goes back to the community's roots in Yemen and its proximity to northern and northeastern Africa, where the practice is deeply entrenched.

Circumcision has become a battleground for the two Bohra men vying for succession, the half-brother and the son of the former Syedna. The half-brother says it is time to end the practice. The son, whom most Dawoodi Bohras accept as their new leader, says the tradition must continue and notes that Bohra men are also circumcised. He declined to comment, but laid out some of his views in an earlier speech.

"Our community is very pure compared to other people, and it's our duty to keep it that way," Syedna Muffadal Saifuddin said at a recent gathering in Mumbai. "Men have to do it, and even women have to do it."

Activists say the two cannot be compared, because there is enough scientific evidence to show that male circumcision has health benefits.

As the Dawoodi Bohras have travelled the world, they have taken the closely held ritual of circumcision with them. Alefiya, a 34-year-old social worker in the United States, remembers the khatna being done by her grandmother's sister in a cold basement in New York. It was awkward and painful, she says.

Alefiya, who asked for her full name not to be used for privacy, objects as much to the message sent as to the act itself. Older Dawoodi women call the clitoris "haraam ki boti" or sinful flesh - the flesh that can lead a woman astray.

"It's horrible, it's disgusting, that these completely natural experiences are made to feel dirty," she says. "The guilt of sexuality is always on our heads. ... I'm not angry at my mother. I'm angry at the men who make these rules."

Bilqis, dressed in slim pants and a sleeveless blouse, comes across as the epitome of the modern Indian woman. She lives in a swanky high-rise apartment building with views of manicured gardens, a luxury in a city of matchbox homes. And she talks openly about her sex life, breaking a taboo that runs deep in Indian culture. 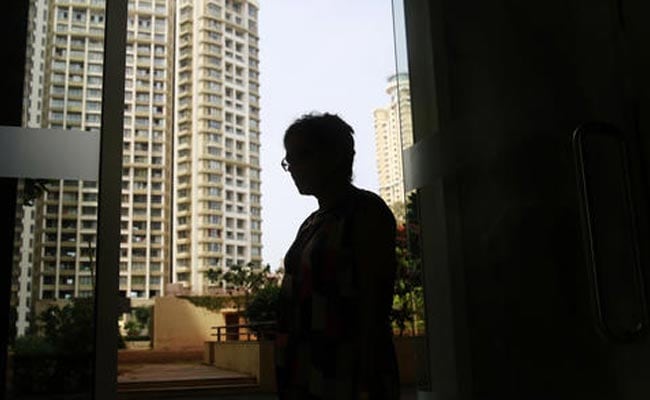 Bilqis, a doctor, defends what is widely known as female genital mutilation within her community.

She grew up in an observant Bohra family in central India, the only girl among 10 brothers and cousins. Her father wanted them all to get a good education. It was almost drilled into her that she had to become a doctor.

It was a childhood more liberal than most girls in India can dream of. Her father never forced her to dress or behave a certain way. Her mother was a much more silent presence, but she never pushed her daughter toward traditional female roles either. Bilqis did not set foot in the kitchen.

"When I got married I could barely boil an egg or make tea," she says.

She was circumcised as a child, but has only the faintest memory of it. It was neither harmful nor traumatic for her, she says, and has not hurt her sex life.

As a doctor, however, she knows that the circumcision of a little girl - sometimes by midwives and older Bohra women in the community - can be traumatic. She remembers a time when a child came to her after being cut too deep, requiring blood vessels to be cauterized.

She does not have religious sanction to actually perform circumcisions. But in the past she has given certificates of circumcision to non-Bohra women who wanted to marry men in her community, even though many had never had the procedure.

She tells her female patients that circumcision has no benefits and potential risks. Yet by the time they talk to her, with their mothers or mothers-in-law, they've usually made up their minds to go forward.

Fifteen years ago, she felt the same way. There was no nail-biting self-doubt or anxious buildup. She says she acted out of a sense of religious obligation.

Bilqis told her daughter Sameena she would get a small injection. A nurse snipped off a tiny bit of skin. The girl did not cry, Bilqis says. She remembers thinking "one social milestone passed. One responsibility dealt with."

Sameena, now 22, is a graduate student at an Ivy League school in America. She has not had sex, which is not unusual for women her age in India. But like her mother, she talks about it without the coyness or shyness of most young Indian women.

Sameena is gradually coming to terms with the knowledge that she was circumcised at age 7.

"It's a very clear memory," she says. "I remember thinking, why is this woman coming to me?"

There was no discussion or explanation of what had happened. Sameena says it didn't hurt, but the memory makes her uncomfortable, although she can't say exactly why.

The next time it came up was when she was 15 or 16, with other Dawoodi Bohra girls at school. "Ask your mom," they said.

She did. Her mother told her it was something done in their community.

Then, spurred in part by the increasing discussion around khatna in her community, Sameena began researching circumcision of Bohra women. First there was denial.

"How can they do this? We're educated women," she remembers thinking.

And then anger. She says many Bohras are misled to believe that Islam condones the procedure, when no other Muslim community in India practices female circumcision.

"Who the hell are you to control anyone's sexuality?" she says. "I was very, very pissed off."

She confronted her mother, and told her she would never do such a thing to her own daughter. She accused her mother of hypocrisy. Yet her anger is with the community rather than her mother; both women describe their relationship as very close.

They agree that the custom should be abolished but differ on how. Bilqis fears that the few vocal activists speaking out may only drive it deeper underground. But Sameena does not want slow and silent change - she wants the religious leadership to come out against the practice.

"It's not going to end by not talking about it. You have to keep bringing it up as something that should not be done," she says. "That's the only way to tackle it."