Jubayed Hassan, the Assistant High Commissioner of Bangladesh in Agartala, said that the festival has been postponed "due to current tensed situation". 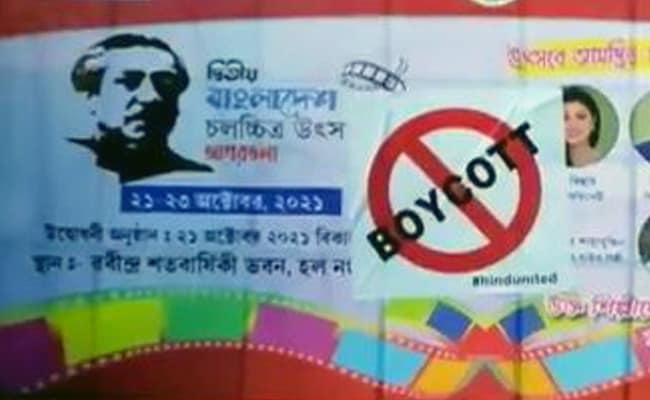 The event was planned between October 21-October 23.

A Bangladesh-organised film festival in Tripura has been postponed after communal violence in the neighboring country during the Durga Puja festivities last week.

Jubayed Hassan, the Assistant High Commissioner of Bangladesh in Agartala, said that the festival has been postponed "due to current tensed situation".

"Keeping in mind the current tensed situation caused due to attack on the Hindu community in Bangladesh and the consecutive discontentment among people in Tripura over that, the Bangladesh government has decided to delay the festival untill things get better," Mr Hassan said.

"In the proposed film festival, 34 films, mostly on 'Mukti Yuddha' (1971 Liberation War of Bangladesh), were planned to be screened from October 21 to 23 in the Rabindra Satabarshiki Auditorium," Mr Hassan said on Wednesday.

Meanwhile, Tripura Chief Minister Biplab Kumar Deb on Tuesday urged the Bangladesh government to protect the "lives, properties and religious places of the minorities in that country."

A communal clash broke out in Bangladesh's Cumilla city on October 15.

Many organisations, intellectuals, political parties and NGOs in Assam and Tripura have condemned the attacks through protest rallies and demonstrations.

Protestors have met the Bangladesh Assistant High Commissioners in Agartala and Guwahati, and urged them to request their government to ensure action against those who involved in the attacks.

As many as 71 cases have been filed and 450 people have been arrested in the violence so far.

As precautionary measures, Dhaka -- Bangladesh capital -- has strengthened police presence in a number of districts like Chittagong, Narsingdi, Comilla and Munshiganj that are known for historic Durga puja celebrations.

Omicron In Karnataka: Mapping How Bengaluru Doctor Got Infected - 5 Facts