"Always Wanted To Be Better Than Boys": Bengaluru Dancer Aims For World Title

The dance is set to make its Olympic debut at the Paris 2024 Games and JohannaRodrigues hopes such recognition would "legitimise it in the eyes of parents" and encourage more Indian youths to try the sport. 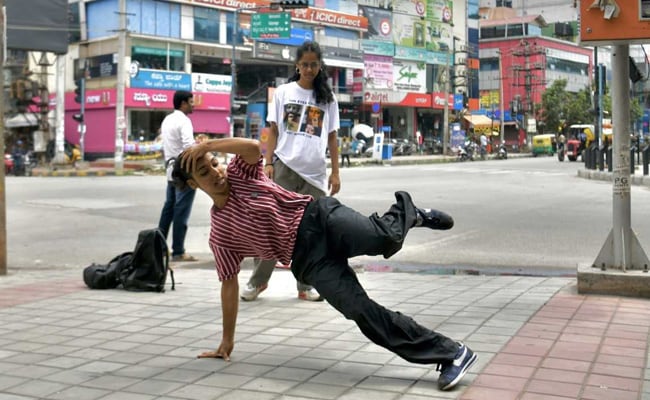 Johanna Rodrigues was a schoolgirl in Bangalore when she encountered the world of breaking.

Long before b-girl Johanna Rodrigues began improvising routines combining Indian classical dance with headstands and backflips in a quest to "redefine femininity", she found inspiration at home in her widowed mother.

A rare female face on India's breakdancing scene, Johanna Rodrigues is representing the South Asian nation at this week's Red Bull BC One world championship in Mumbai, where she will battle 15 women and 16 men for the top prize.

Competing against men comes naturally to the 23-year-old yoga instructor, who grew up idolising athletes like Usain Bolt and harboured dreams of becoming a runner.

"We tend to limit girls by segregating them from boys at an early age -- setting up different goalposts especially when it comes to things like athletics at school," she tells AFP.

"I always wanted to be better than the boys."

Born in New York's Bronx borough in the 1970s, breakdancing has become a phenomenon around the world and a staple of urban youth culture, performed everywhere from the slums of Mumbai to the streets of Cape Town.

The dance is set to make its Olympic debut at the Paris 2024 Games and Johanna Rodrigues hopes such recognition would "legitimise it in the eyes of parents" and encourage more Indian youths to try the sport.

Although there are no verified figures on the number of male and female breakers in India, Johanna Rodrigues estimates that the competitive community today includes some 800 men -- and just 40 women.

Johanna Rodrigues was a schoolgirl in the southern city of Bangalore when she encountered the world of breaking, taking a breather from studying for exams to watch a hip-hop dance performance.

It was love at first sight.

"It was amazing to watch them move with such a sense of freedom," she recalls.

Learning the moves felt like a natural next step.

"It felt so exhilarating to work with my body, to see what was possible," she says, breaking into a smile.

A year later, after training with her boyfriend who is also a b-boy (a term for a male breakdancer), she performed in public for the first time.

Half a decade on, she says breaking has transformed her sense of self and raised her confidence as a woman living in conservative India.

"I used to feel so worried for my safety, so nervous travelling on my own or being stared at, but now I feel totally comfortable dancing in a park or on the street," she says.

Although Johanna Rodrigues has studied contemporary dance and ballet, today she mainly draws on the skills she has picked up learning yoga, the ancient indigenous martial art of Kalaripayattu, and Bharatnatyam -- a dance form that originated in southern India's temples over 2,000 years ago.

"All these elements are part of who I am... it's such an advantage as an Indian to be able to tap them and use them to create my own version as a b-girl," she says.

Keen to boost female participation in the predominately male sport, she organises summer dance camps for children through her studio Break Brahma.

"I love teaching girls because they are so uninhibited at that age," she says.

"Breaking isn't just about strength, whatever some guys might think... it's also about flexibility and patience.

"Being a b-girl is my way of redefining femininity, by combining masculine and feminine elements which are part of all of us."

And, because the sport is intrinsically a freestyle form where dancers improvise to the music, Rodrigues says aspiring breakers who can't afford classes can get tips from social media such as YouTube videos.

"Breaking is innately cool and accessible," she says.

"You don't need fancy gear, you don't even need shoes, you can do it anywhere."