Olympic fencer Bhavani Devi has inspired many school children in tribal-dominated Mandla, Madhya Pradesh, to pursue the sport of fencing 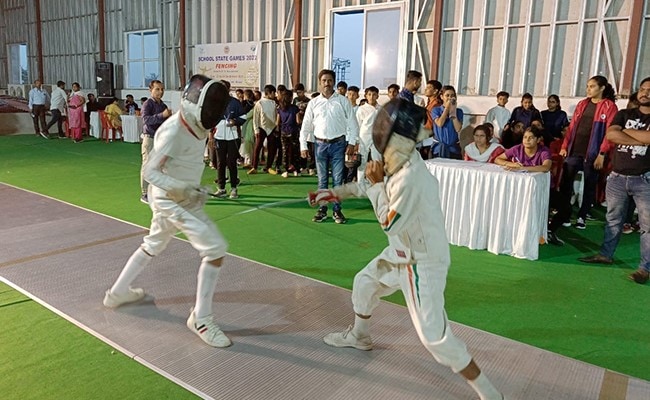 From Bamboo sticks to Olympic fencing - Bhavani Devi's rise to stardom in a rather unconventional sport has been quite fascinating. She was the first Indian fencer ever to qualify for the 2020 Tokyo Olympics. Not only has she succeeded in her individual capacity as a sportsperson, but has also inspired many fencers from tribal-dominated Mandla in Madhya Pradesh to follow in her footsteps. So much so, that school children who had never seen a real fencing sword before have gone on to win medals in inter-school tournaments at the state level.

Sticks for swords and a football coach for a trainer. This is how 70 fencers from Mandla came to participate at the state-level school championships at Bhopal's Tatya Tope Stadium and won more than 30 medals. For many of the participants, the journey to Bhopal was their first train ride.

Brajesh Parte, a class 12 student and one of the fencers at the state-level championships, said: "We never got any fencing blade. We practised with bamboo sticks. I practise for two hours daily. We need better equipment, clothing, gloves and shoes." 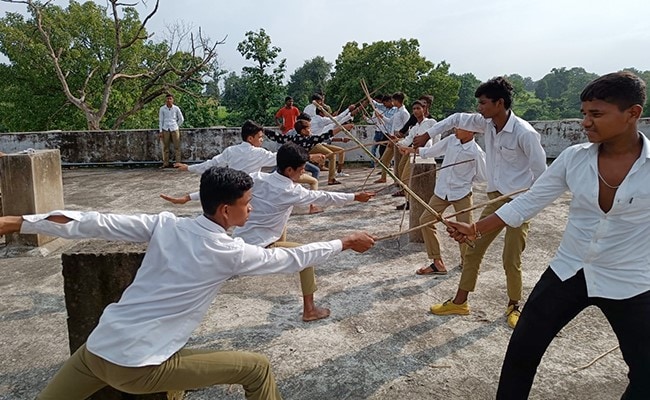 Another participant, Isha Marawi, a class 9 student who won a gold medal, said: "We practise daily on the rooftop of our school."

When NDTV asked her whether she was scared handling those bamboo sticks or a real fencing blade, she replied: "I am not scared, though it obviously feels good to have proper fencing gear." She also said that travelling by train was a wonderful experience.

In the absence of a playground, students at the government higher secondary school in Mandla practise on the terrace of their school building. The school football coach doubles up as their fencing coach, though fencing is a very technical sport, requiring high levels of expertise in coaching. Commenting on it, coach Sandeep Verma was quite candid: "I am a football coach, but we don't have a football ground here. That's why I started teaching fencing. I do it with some help from others and by watching YouTube videos. Some of my former students also help me, who had played at the national level." 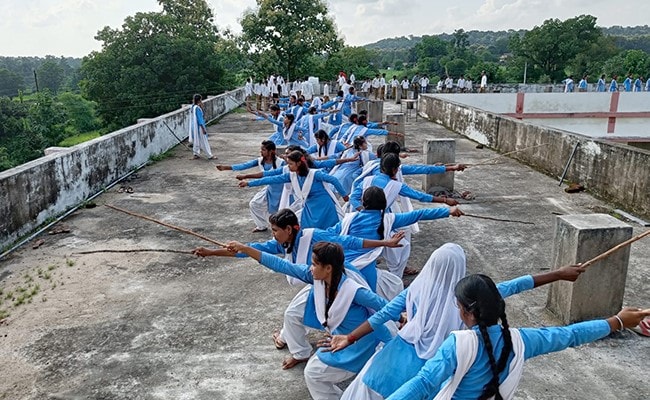 Mr Verma further said: "The equipment is costly, that's why we practise with sticks. We have limited resources. Many of my players boarded a train for the first time in their lives."

Lack of sporting facilities at Madhya Pradesh schools is not just limited to Mandla. Many of the so-called "all-in-one" coaches at schools do not even know when national fencing championships were held for the last time and who are the big names in the sport in India right now.

Yet, in spite of lack of infrastructure, children of farmers and labourers have been taking to fencing since 2016, using sticks instead of fencing blades. They are trying their best to overcome the shortcomings and are determined to make their mark - whether at the inter-school or national levels.

Under the circumstances, the question that obviously arises is that where have all the government grants and funds for school education and tribal welfare gone?

While that question remains unanswered, one can at least take heart from the fact that in spite of all the challenges, these young fencers from Madhya Pradesh's tribal belt are determined to prove the adage right, yet again, that where there's a will there's a way.