AICC general secretary in-charge for Maharashtra Mallikarjun Kharge made the announcement at a meeting of the party MLAs held at a hotel here. 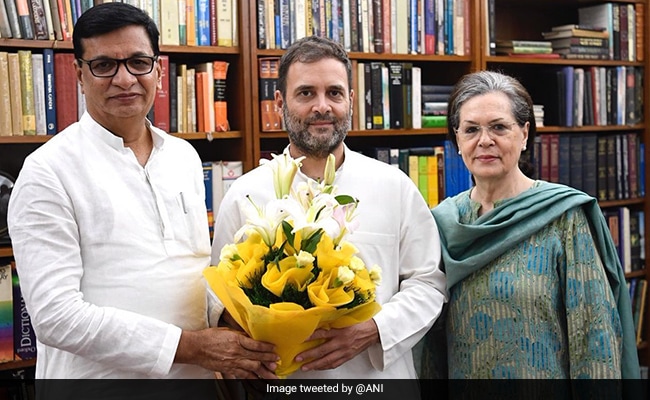 Maharashtra Congress president Balasaheb Thorat has been elected as the party's legislature wing leader, the Congress said on Tuesday.

AICC general secretary in-charge for Maharashtra Mallikarjun Kharge made the announcement at a meeting of the party MLAs held at a hotel here.

"The Congress president (Sonia Gandhi) has approved the name of Balasaheb Thorat as the Congress Legislature Party leader in the Maharashtra Legislative Assembly," Kharge told the MLAs.

The Congress has tied-up with the NCP and Shiv Sena to form government in Maharashtra.

The Supreme Court on Tuesday directed that the floor test for Chief Minister Devendra Fadnavis to prove his majority in the Maharashtra Assembly be conducted on Wednesday.

It also directed Governor Koshyari to ensure that all elected members of the House are sworn in on Wednesday itself.

The apex court also said that the entire proceedings have to be telecast live. Voting in the Assembly shall not be on the basis of secret ballot, it said