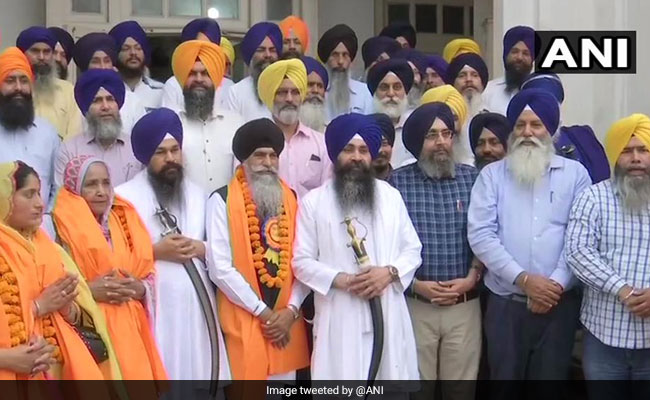 Baisakhi falls on April 14 this year. A Sikh group will be travelling to Pakistan for festival.

Baisakhi, a religious Sikh festival, is on April 14. It marks the Sikh New Year. To celebrate the day, a batch of Sikh Jathas have left for Gurdwara Panja Sahib in Pakistan today.

Around 839 Sikh devotes led by Shiromani Gurudwara Prabandhak Committee boarded a special train to the neighbouring country. During the visit, the pilgrims would also be visiting Nankana Sahib and Kartarpur Sahib gurdwara.

On Tuesday, Pakistan had granted 2,200 visas to Sikh pilgrims from India to participate in Baisakhi celebrations from April 12 to 21.

The issuance of the visas is in line with the Pakistan's efforts to facilitate visits to religious shrines and strengthen people-to-people exchanges, the Pakistan High Commission said.

"Pakistan remains committed to preserving sacred religious places and extending all possible facilitation for the visiting pilgrims of all faiths," it said

It will be the first Sikh Jatha to go to Pakistan after the Indian Air Force airstrike on terror camp of Jaish-e-Mohammed in Khyber Pakhtunkhwa's Balakot area in Pakistan. The Balakot operation was in response to the Pulwama terror strike in India which was claimed by Pakistan-based Jaish-e-Mohammed. The terror act and the subsequent airstrike resulted in heightened tensions between the two countries.

Sikhs celebrate Baisakhi with joy and devotion. They take an early bath, wear new clothes and visit the gurdwara to participate in the special prayer meet marked for the day. After a special ardaas, kirtan and discourses, kada prasad is distributed amongst all present. Later, people sit in rows to relish the langar and served by kar sevaks or volunteers.