The CJI asked the bar body and the lawyers to assure him that they would not seek unnecessary adjournments in cases, stressing that it was a way to resolve the backlog problem. 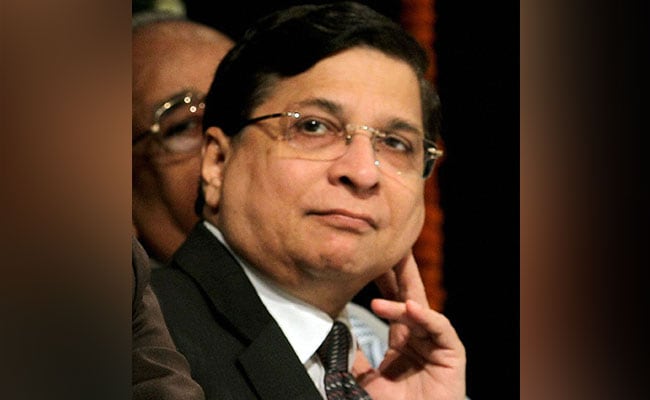 The people, the CJI said, must pledge to defend the dream and vision of the Constitution (File)

New Delhi: Chief Justice of India Dipak Misra today said pending cases cannot be a "roaring tiger" before the judiciary and held that the backlog problem will be tackled if the bar and the bench worked together.

The CJI asked the bar body and the lawyers to assure him that they would not seek unnecessary adjournments in cases, stressing that it was a way to resolve the backlog problem.

"Let us promise each other that we shall collectively march ahead to reduce pendency. Pendency cannot be a roaring tiger before us. We will be able to tackle it if we work together," the CJI said while speaking at a function here organised by the Supreme Court Bar Association to celebrate Constitution Day.

The people, he said, must pledge to defend the dream and vision of the Constitution. "We cannot permit ... anyone and I mean anyone who harbours the notion of denigrating the dignity of the institution at his whims and fancy," he said.

Speaking on the issue of pending cases, he said rotational benches of the high courts across the country were functioning on Saturdays and were taking up criminal appeals which were around 10 years old.

"I must tell you in last one and a half months, all the high courts combined have disposed of around 1100 appeals and the credit goes to the judges and the members of the bar. In the Supreme Court in last two months, we have brought down pendency by more than 3,200 cases," he said.

He said that advocates on record (AoRs) of the apex court should get the privilege to mention a matter for urgent hearing and stressed that the lawyers should come prepared even if they seek early hearing.

"I have told my colleagues (judges) to come prepared even if the case is listed for early hearing. If the case can be disposed of, we will sit and dispose it off," he said.

Addressing the gathering, Union Law Minister Ravi Shankar Prasad said the government had made 106 appointments in the higher judiciary this year.

"It is time to induce new blood, new talent in the subordinate judiciary," he said, adding, "We need to collectively work together".

Attorney General K K Venugopal lamented the delay in justice delivery and said certain cases may take eight years to pass the trial court and the same in high courts and the apex court. "A total of 24 years. Only rich persons can file a case," he said, adding that there was a need for increasing the number of judges.

Promoted
Listen to the latest songs, only on JioSaavn.com
"We have only 18 judges for a million people. This is the root cause of delay in justice. The total number of judges needs to be increased," he said.