Babri Masjid demolition case The judge was to retire in 2019, but he has been given extensions by the top court to hear the high- profile case which he has been handling since 2015. 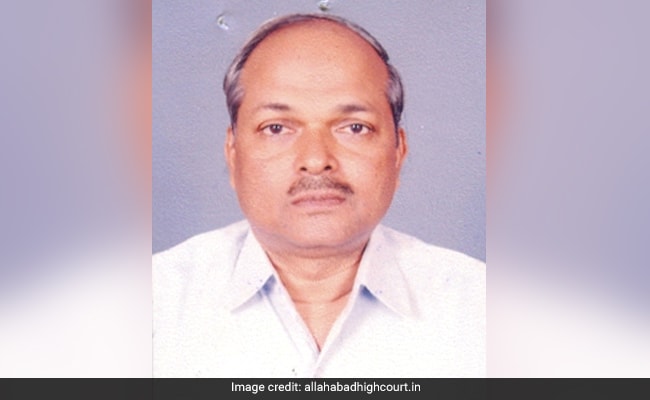 Babri Masjid Case: Special Judge SK Yadav has been conducting daily hearings in the case since 2017.

The verdict in the 28-year-old Babri masjid demolition case will be pronounced today in Lucknow by Special Judge SK Yadav. The district and sessions judge of the Lucknow court has been conducting daily hearings in the case since 2017 following an order by the Supreme Court.

The 60-year-old judge was to retire in 2019, but he has been given extensions by the top court to hear the high- profile case which he has been handling since 2015.

The hearings - which involved evidence from 351 CBI witnesses and about 600 exhibits - had ended on September 1 and the judge had started writing the judgment from the very next day to meet the deadline set by the Supreme Court.

In April 2017, the top court had asked the special court to complete the trial within two years with daily hearings. Later, it was given several extensions and when the judge asked for more time, the court had extended the deadline to September 30.

The demolition of the 15th Century mosque has been a watershed moment for the country, costing more than 3,000 lives in the riots that followed.

Mughal emperor Babar is said to have ordered the construction of the mosque after pulling down a temple that marked the birth place of Lord Ram in Ayodhya.

On December 6, 1992, thousands of Kar Sevaks had pulled it down following a long campaign by the BJP that was escalated by a series of rath yatras held by senior BJP leader LK Advani.

Mr Advani is an accused in the case, along with party veteran Murli Manohar Joshi, and senior leaders Uma Bharti and Kalyan Singh.

Mr Yadav is expected to declare whether they had conspired to pull down the temple and instigated the crowd.

In July, during a four-and-a-half-hour hearing, the judge had asked Mr Advani 100 questions. The 92-year-old has denied all charges against him.

In November, the Supreme Court, in a landmark verdict, ordered the construction of a temple at the site. The groundbreaking ceremony took place earlier this year in which Prime Minister Narendra Modi participated.