Azim Premji Does It Again - Donates Over 50,000 Crore To Charity 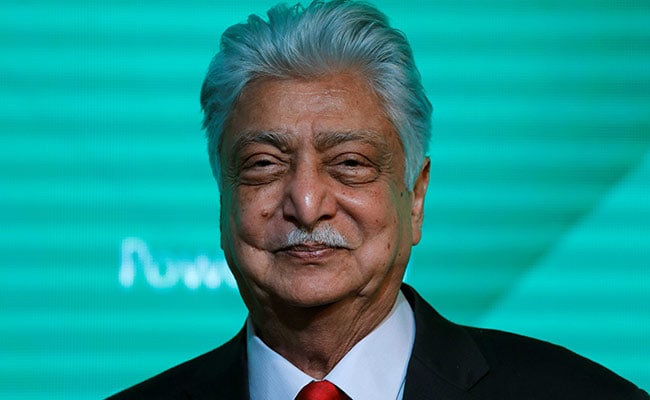 This brings the total value of his philanthropic donation to a massive 1,45, 000 crores. (File)

Azim Premji is no stranger to making incredibly generous donations - mostly to help the less fortunate to receive a good education.

This brings the total value of his philanthropic donation to a massive 1,45, 000 crores - or 21 billion dollars - among the largest in the world.

Kiran Mazumdar Shaw of Biocon spoke to NDTV about Mr Premji's generosity. She said "Azim Premji is an exemplary philanthropist - someone who has inspired us and we are proud of what he has done. I think he is a true nation builder."

"Philanthropy is not something new to our nation because India is a nation that is built through great philanthropy of Tatas, Birlas and others. Among the next-generation entrepreneurs of India, I think, Azim Premji leads the way. He has taken philanthropy to the next level," she added.

In a release, the Azim Premji Foundation said: "The Foundation's extensive field work in education has been in some of the most disadvantaged parts of India, to help contribute to the improvement of quality and equity of the public (government) schooling system. All this work has been in close partnership with various State Governments. Currently this field work is spread across Karnataka, Uttarakhand, Rajasthan, Chhattisgarh, Puducherry, Telangana, and Madhya Pradesh, along with some work in the north-eastern states of India.

The initiative to support other not-for-profits by providing multi-year grants was started in 2014 by the Foundation.

In the last five years, these grants have supported over 150 organizations engaged in a range of domains across India.

The recent India Philanthropy Report by management consultancy firm, Bain & Co, had indicated that India's super rich were giving less to social causes than they were five years ago - a trend which the 73 year old Premji is certainly not following.

India's second richest man was the first Indian to sign the giving pledge started by American billionaires, Bill Gates and Warren Buffet to commit at least 50% of their fortune to philanthropic work.