Ayodhya Verdict: "If the court or the government wants to pacify our sentiments to some extent, the five acre land must be given to in the acquired area as many graveyards and Dargaah including that of 18th century Sufi saint Qazi Qudwah are in that area," said a local cleric. 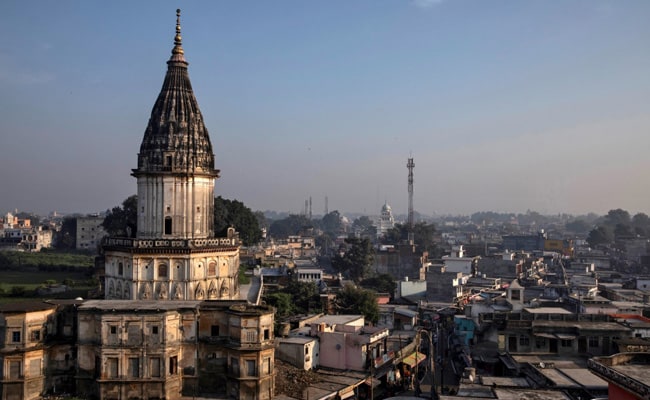 Ayodhya Verdict: The central government had acquired the land including the disputed site in 1991 (File)

The five acres of land to be allocated for building a mosque under the Supreme Court verdict in the Ram Janmabhoomi-Babri Masjid dispute should be within the 67 acres of acquired land in Ayodhya, Iqbal Ansari, a main litigant in the case, and several other local Muslim leaders have demanded.

The central government had acquired the land including the disputed site in 1991.

"If they want to give us the land, they must give us according to our convenience and only in that acquired land of 67 acres. Then we will take it. Otherwise we will reject the offer, as people are saying 'Go out of Chaudah Kos and construct Masjid there'. This is not fair," Mr Ansari said.

Soon after the judgement, Mr Ansari had said on Saturday that he will not file a review plea.

Maulana Jalal Ashraf, a local cleric, said Muslims can buy land on their own to build a mosque are not dependent on the government for it.

"If the court or the government wants to pacify our sentiments to some extent, the five acre land must be given to in the acquired area as many graveyards and Dargaah including that of 18th century Sufi saint Qazi Qudwah are in that area," he said.

Haji Mahboob, who was also a litigant from Muslim side, said, "We will not accept this lollypop. They must make clear that where they want to give us the land."

Haji Asad Ahmad, Corporator of Ayodhya Municipal Corporation, said the community does not want any land in lieu of Babri Masjid.

"If the court or government wants to give land for mosque they must give it in the acquired area of 67 acres, otherwise we don't want donation," he said.

Maulana Baadahah Khan, Ayodhya president of Jamiat Ulema Hind, said the Muslim side was fighting the case for Babri Masjid, not for any other land.

"We don't want any land for mosque anywhere. Instead we offer this land also for Ram Mandir," he said.

Yusuf Khan, a social activist, said the issue is closed now after the Supreme Court verdict and no additional land was needed for mosque.

"We have enough mosques in Ayodhya to fulfil our religious needs, the apex court has given its verdict in favour of Ram Temple. The issue is closed now," he said.

The Uttar Pradesh government has started the process of identifying alternative sites in and around Ayodhya for the proposed mosque, sources said.

An official, on the condition of anonymity, said, "We have been asked to find the land for mosque at prominent and attractive place."

However, the Uttar Pradesh Sunni Central Board of Waqf has called a meeting on November 26 in Lucknow to discuss about the land issue.

Settling a fractious issue that goes back more than a century, the Supreme Court in a historic verdict on Saturday backed the construction of a Ram temple by a government trust at the disputed site in Ayodhya, and ruled that an alternative five-acre plot must be found for a mosque in the Hindu holy town.