Tigress Avni Was Facing Away From The Shooter, Reveals Post-Mortem Report

The government in the state has come under fire over the killing of the tigress who left behind two 10-month-old cubs. 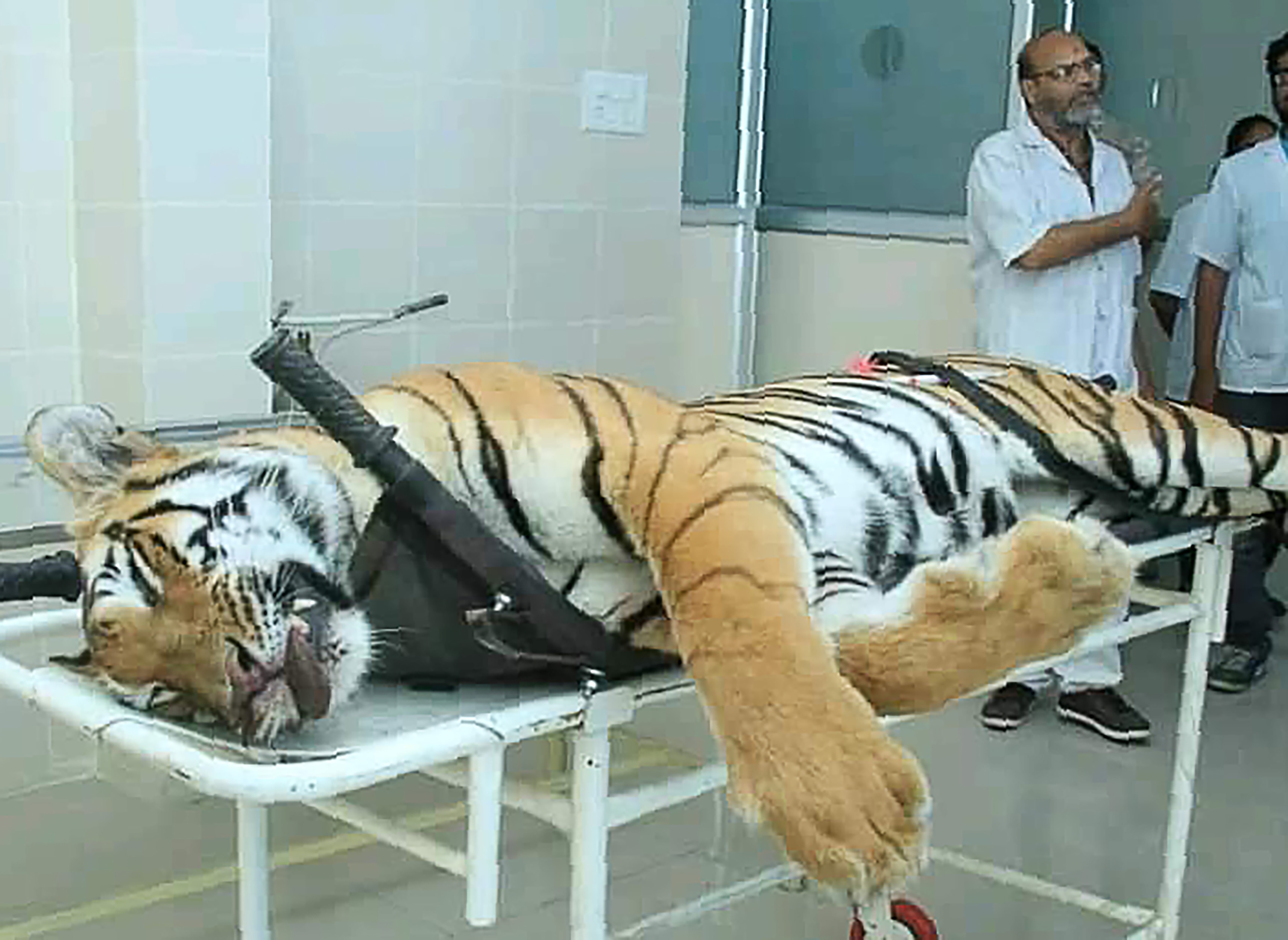 Avni, the tigress, was shot dead by a marksman hired by the state government on November 2 (AFP)

Amid outrage among wildlife lovers over killing of tigress Avni, a senior forest department official has said that violations of guidelines are "evident" in the postmortem report which also found that the feline was shot while it was "facing away" from the shooter.

The postmortem report issued recently stated that the bullet which killed the tigress entered from the rear part of its left forelimb.

"The animal was facing away from the shooter at that time," it said.

The report also raised doubts over the tranquiliser dart, which was seen on the big cat's carcass, suggesting that it was not even released from the tranquilising rifle.

"No haemorrhage was observed in the tigress' muscles at the darting spot. A dart fired from a syringe projector (tranquilising rifle) always leaves a significant and obvious haematoma, which was not observed in this case," it said.

The senior forest department official said that the revelations are "serious" and could cost some people "dearly".

"Violation of guidelines to capture or kill a protected species like tiger is evident," he said, on condition of anonymity.

Asked about the shooter's claims that the tigress was killed in self-defence, the official said, "If it is true then how come the bullet entered from rear. And the tranquiliser dart is another evidence suggesting that it was not even used as a first option to bring the tigress under control."

The tigress, who had allegedly killed 13 people in Yavatmal district's Pandharkawda area in the last two years, was shot dead by a marksman hired by the state government in a forest there on November 2.

The government in the state has come under fire over the killing of the tigress who left behind two 10-month-old cubs.

The killing led to an outrage among animal lovers and wildlife organisations which accused the state government of violating norms.

The state government had constituted a four-member committee  last Friday, comprising wildlife experts and officials, for an "in-depth" probe into the killing of the tigress.

Shiv Sena chief Uddhav Thackeray had last week dubbed the panel as "farce", following which Forest Minister Sudhir Mungantiwar said that the state government is willing to form another panel under Thackeray's leadership if he wants.

Union minister Maneka Gandhi had earlier termed it as a "ghastly murder" and sought removal of Mungantiwar.