The Narcotics Control Bureau sources say during the investigation and questioning of Agisialos Demetriades, several names came up and Bartel was among them. 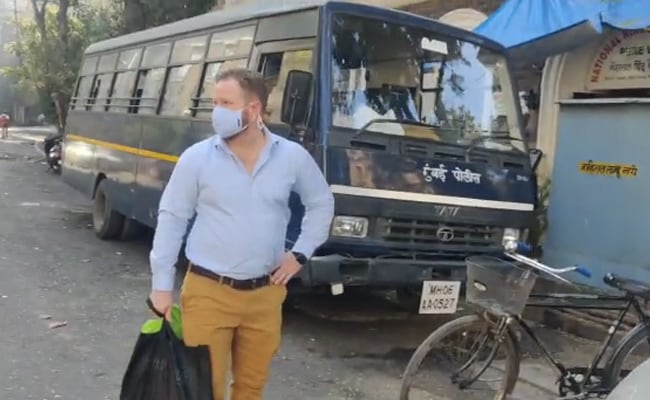 An Australian architect has been arrested in Mumbai by the anti-drugs agency, Narcotics Control Bureau, in a case linked to the alleged use and supply of drugs in Bollywood. The man, identified as Paul Bartel, came under the agency's scanner after another accused in the case, South African national Agisialos Demetriades, named him during interrogation, sources said.

The Narcotics Control Bureau sources say during the investigation and questioning of Agisialos Demetriades, several names came up and Bartel was among them. The Australian national was taken for a medical test and will be produced in court today.

On Monday, Arjun Rampal's Mumbai home was searched by the agency, following which the actor and his partner were summoned for questioning.

The NCB investigation started earlier this year when, during probe into actor Sushant Singh Rajput's death in June, WhatsApp chats involving drugs were allegedly found on his and his partner, Rhea Chakraborty's mobile phones.

Rhea Chakraborty was released on bail last month after spending over a month in jail on drugs charge.

Film producer Firoz Nadiadwala was also summoned by the NCB on Monday. A day earlier his wife, Shabana Saeed, was arrested after investigators allegedly found 10 grams of marijuana at their home in Mumbai's Juhu during a raid. She was later released on bail.

Sushant Singh Rajput was found dead in his Mumbai house in June. The Mumbai police and an AIIMS team said he died by suicide. The CBI is probing the case.