The third instalment of the "AUSINDEX" exercise will be held off the coast of Vishakhapatnam from April 2 to 16 and will see the largest Australian defence forces group deployment in India, an Australian diplomatic source said. 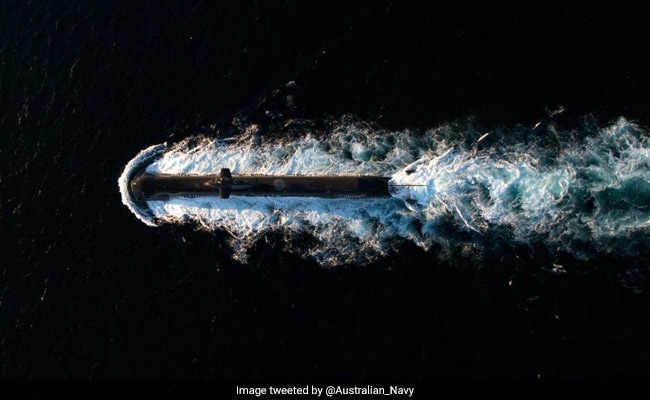 The area of the exercise will be within 200 miles of Vishakhapatnam. (File photo)

With an eye on China, Australia and India will hold a major naval exercise next month, focusing on anti-submarine warfare, as part of efforts to ramp up bilateral naval cooperation in the strategic Indian Ocean region.

The third instalment of the "AUSINDEX" exercise will be held off the coast of Vishakhapatnam from April 2 to 16 and will see the largest Australian defence forces group deployment in India, an Australian diplomatic source said.

The exercise will be a complex one and will be focussed on anti-submarine warfare. An Indian submarine will be involved in the exercise, the source said.

Another interesting feature of the exercise will be the deployment of Australian personnel on Indian ships and vice versa. Also, P8I and P8 maritime patrol aircraft will be involved in the exercise.

The area of the exercise will be within 200 miles of Vishakhapatnam.

Asked about the Quad grouping comprising India, the US, Japan and Australia, not being upgraded, another Australian diplomatic source said the Quad should be allowed to be evolved on its own.

"Quad needs to be given space to find its own feet. If we try to push Quad too far too fast, we actually risk undoing the relationships we are building through it," the source said.

The source said Australia not being included in the US-India-Japan MALABAR multilateral exercise was not a reflection of the bilateral cooperation between India and Australia in the defence sector.

The strategic ties were growing and the defence collaboration is on an upswing between Australia and India, the source said.

A logistics agreement, on the lines of Communications Compatibility and Security Agreement (COMCASA) that the US and India signed last year, would go a long way in further strengthening Indo-Australia defence ties, the source said.

Engagement with India, one of Australia's key strategic partners in the Indian Ocean region, will be the cornerstone for Indo-Pacific Endeavour 2019 (IPE19) with a number of high-level activities to be conducted to showcase the breadth and depth of the bilateral relationship, the Australian diplomatic source said.

China's growing presence in the Indian Ocean and Indo-Pacific region has been a matter of concern for other regional naval powers such as India, Australia, and the US.