At Minus 17 Degrees, Thousands Spent Night On Roads In Kargil In Protest

Residents of Kargil have vehemently opposed the creation of a separate administrative division for Ladkah with its headquarters at Leh. 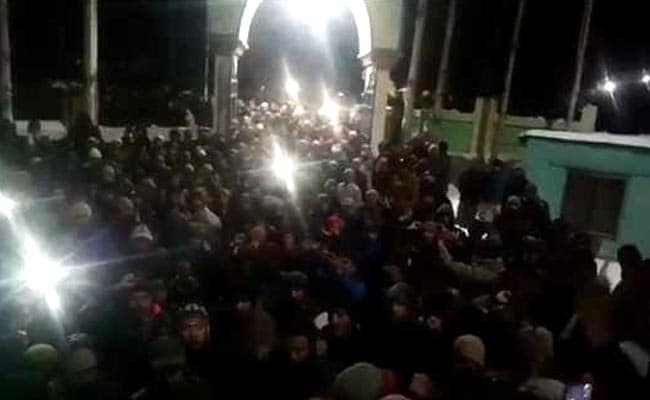 Residents of Kargil blocked the road leading into the town.

At minus 17 degree Celsius, thousands spent the night on roads in Kargil protesting against the creation of a separate administrative division for Ladkah with its headquarters at Leh. Protests erupted yesterday evening when the divisional commissioner of newly-created division tried to visit Kargil but thousands marched on roads and blocked his entry into the town and forced him to go back.

Centres decision of creating the division of Ladkah has snowballed into a major controversy. All political parties, social and religious groups from Kargil region have joined hands demanding review of the government order. They refuse to be part of new division unless there is six-month rotation of offices between Kargil and Leh. Even government employees have joined protests and all government offices in Kargil have been closed since yesterday. 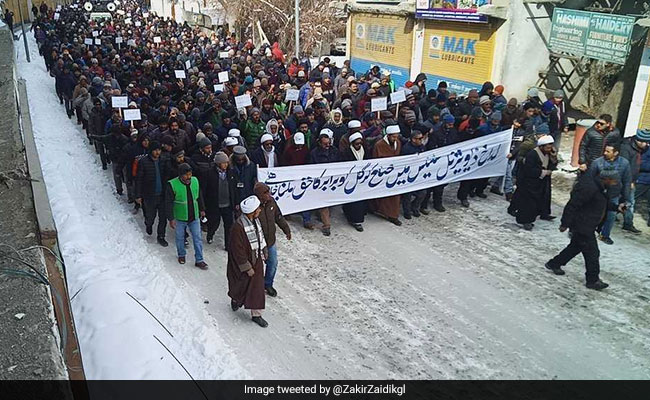 There was total shutdown yesterday and people have been asked to continue their protests today and observe a complete shutdown. Residents of Kargil also held protests in Jammu. The protests led by Feroz Ahmad, chief executive councillor Ladakh Area Hill Development Council Kargil and Inayat Ali, Chairman of the Jammu and Kashmir Legislative council have threatened mass agitation if the decision taken by the governor is not reviewed.

Jammu and Kashmir is under president's rule. The decision to separate Ladkah region from Kashmir division was taken less than a week after Prime Minister Narendra Modi visited Leh. BJP had won Ladakh parliament seat in 2014 elections but suffered huge reverses after its local MP and several other senior leaders from Ladakh resigned from party last November.

The party is desperately trying to regain the lost ground before upcoming elections. While the decision was welcomed in Leh, the party is facing a revolt in Kargil. It has also led to demands for separate administrative divisions in Pirpanjal and Chenab Valley regions. While the National Conference and People's Democratic Party are strongly supporting separate divisions for these regions, the BJP has vehemently opposed it.