At Least Seven Killed, 12 Injured As Bus Rolls Down Hill In Himachal Pradesh

People in the area began rescue operations even before authorities reached the spot. 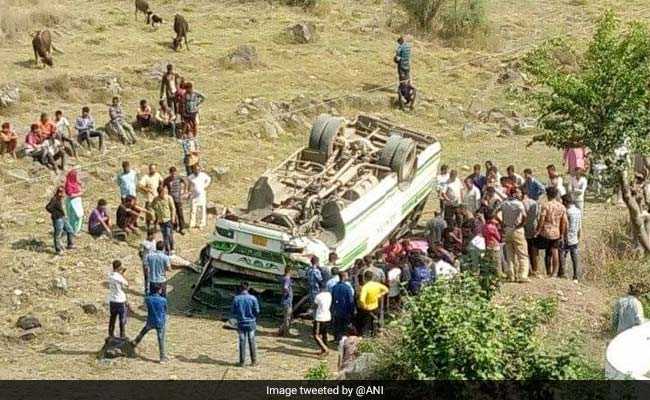 The rescue operation was over, police said.

Shimla: At least seven people were killed and 12 were injured today when a private bus they were travelling in, rolled down a hill and fell into a gorge near Nai Neti panchayat on Solan-Rajgarh road, about 70 km from Shimla.

Villagers rushed to the spot and helped the injured before the authorities came. They also informed the police. Most of the injured were admitted to the Regional Hospital in Solan.

Most passengers in the bus, which was on its way Rajgarh from Manav when the accident happened, were from Rajgarh.

The rescue operation was over, Sirmaur Deputy Commissioner Lalit Jain was quoted as saying by news agency IANS. Officials had a tough time rescuing the victims from the badly damaged bus, said the eyewitnesses.

Promoted
Listen to the latest songs, only on JioSaavn.com
Mr Jain said the cause of the accident was not yet confirmed.