The former prime minister also urged that everyone must all work together to protect it. 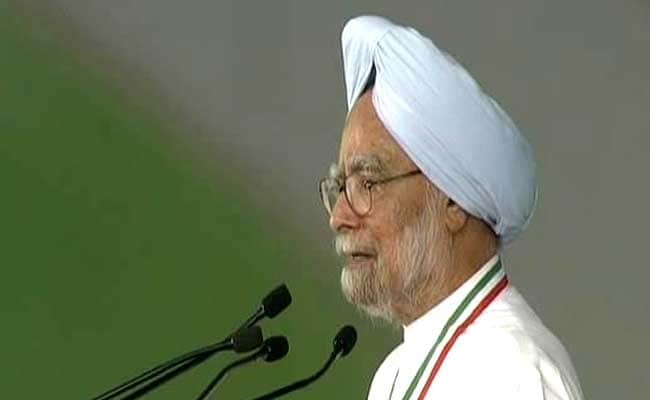 PM Modi had not been able to fulfill a single promise from 4 years ago: Manmohan Singh

"Our democratic institutions are under attack. Parliament is not being allowed to function and legislation is being bulldozed," Mr Singh told thousands of Congress activists at a 'Jan Akrosh' rally here.

He added: "Our democracy is in danger and we must all work together to protect it."

Mr Singh said PM Modi had not been able to fulfill a single promise made to the people four years ago before coming to power.

"Four years ago, a lot of promises were made to the people of the nation. But it is clear that they have not been able to meet even a single promise.

"They promised generating two crore jobs a year. But the reality is that unemployment is on the rise and youths are distressed. Students taking loans for education are wondering how they will repay these loans if they do not get jobs."

Slamming the BJP-led NDA government over the agrarian crisis, Mr Singh said: "The Modi government's anti-farmer policies have resulted in an unprecedented agrarian distress. Our farmers are demanding justice from the government.

Promoted
Listen to the latest songs, only on JioSaavn.com
The former prime minister said: "This government is anti-farmer. Farmers are feeling suppressed under farm loans and there are demands from every corner for farm loan waiver."

"Prices of fuel are rising in India despite low international crude oil prices. This price rise has greatly distressed the people."