Assembly Elections 2022: A day after participating in similar public engagements in Uttarakhand on Friday, the Home Minister on Saturday met people in Muzaffarnagar and Saharanpur-- key regions in Western UP 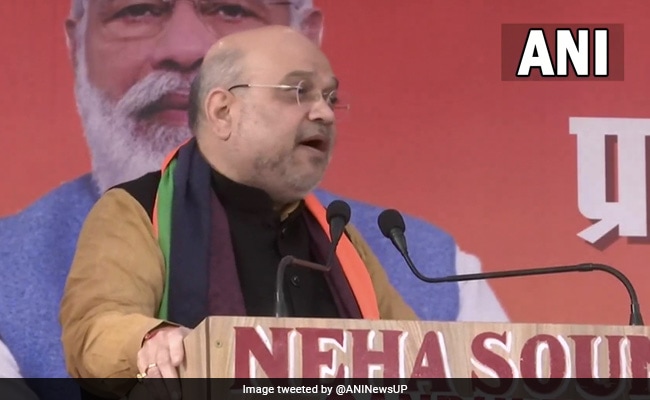 As part of his back-to-back visits to poll-bound states, Union Home Minister Amit Shah will engage in day-long public events as well as door-to-door campaigns in Uttar Pradesh's Muzaffarnagar and Saharanpur today. This is Mr Shah's second public event in Uttar Pradesh in the last three days that started from Mathura and Greater Noida on Thursday.

At about 3 pm, the Home Minister will hold effective voter communication in Kota village in the Saharanpur Dehat area. Shah's day-long event will culminate with a door-to-door campaign in the New Shardanagar area in the Saharanpur constituency at 5.30 pm.

Meanwhile, Prime Minister Narendra Modi will hit battleground Uttar Pradesh by holding a virtual rally on January 31, ahead of Assembly elections in the state. The rally by PM will cover five districts of Uttar Pradesh namely Shamli, Muzzafarnagar, Baghpat, Saharanpur, Gautambuddh Nagar (Dadri/Jewar) And it will cover 21 Vidhan Sabhas.

Assembly elections in Uttar Pradesh will be conducted in seven phases starting on February 10. The counting of votes for 403 assembly seats in Uttar Pradesh, 117 in Punjab, 70 in Uttarakhand 60 in Manipur, and 40 in Goa will take place on March 10.

Get NDTV UpdatesTurn on notifications to receive alerts as this story develops.
Jan 29, 2022 15:41 (IST)
UP Assembly polls: Muzaffarnagar welcomes Amit Shah with drums and flower petals

No new tax will be imposed in Punjab after we came into power: AAP national convener-Delhi CM Arvind Kejriwal in Jalandhar pic.twitter.com/NgbhDZO414

Jan 29, 2022 15:30 (IST)
UP polls won't have surprise result, real shock will be in Gujarat, claims Akhilesh Yadav
The Uttar Pradesh elections will not throw a surprise result, Samajwadi Party chief Akhilesh Yadav said on Saturday exuding confidence of forming government in the state and claimed the "real surprise" will be in Gujarat assembly polls due later this year.
He claimed the people of Uttar Pradesh have already given their verdict and the BJP is "nervous".
"A wrestler who loses sometimes bites or pulls. These people (BJP) have already lost," Mr Yadav said at a press conference along with Rashtriya Lok Dal chief Jayant Chaudhry, after taking the 'anna sankalp' of defeating the BJP.
He asserted that the voters will teach a lesson to those who are honouring the killers of Mahatma Gandhi and the election results of Uttar Pradesh will bring happiness in the state.
"The people of Uttar Pradesh have given their verdict. No surprise is going to come here. Farmers, young traders, people of all sections have made up their mind that the government is going to be formed by those in the Samajwadi Party alliance," he said.
"The real surprise will come from Gujarat where elections are to be held after Uttar Pradesh," the Samajwadi Party chief claimed.
Jan 29, 2022 15:10 (IST)

"Farmers Have Shut The Door On BJP": Akhilesh Yadav Launches Fresh Attack
On BJP's open invitation to Jayant Chaudhary-led Rashtriya Lok Dal, Akhilesh Yadav said that farmers have "shut the door" to the BJP this time.
Jan 29, 2022 14:05 (IST)
UP Assembly polls: Amit Shah assures sugarcane farmers of compensation for delayed payment of their produce
Supporting the interests of sugarcane farmers in the state, senior BJP leader and Union Minister Amit Shah on Saturday said that the party will take action if payment for sugarcane produce gets delayed.
"Some farmers told me that sugarcane payment gets delayed. We have decided that in the manifesto of the BJP, we are going to announce that the interest for the delay will be recovered from that mill, and sugarcane produced along with interest will be paid to the farmers," Mr Shah said while addressing an effective voter interaction program in Muzaffarnagar.
Slamming the role of Opposition for not supporting this stratum of farmers, the former BJP chief said, "In sugarcane industry, about Rs 1 lakh 48 thousand crore cane payment has been made by the BJP government. Earlier, 21 sugar mills in Uttar Pradesh were closed during the rule of the Samajwadi Party and the Bahujan Samaj Party. Whereas in our time not a single sugar mill was closed."
"SP-BSP government in Uttar Pradesh lasted for about 10 years. What did they do for the farmers? PM Modi ji has done work of sending more than Rs 2 crore to the accounts of farmers in Uttar Pradesh at the rate of Rs 6 thousand per year," he said.
Jan 29, 2022 13:31 (IST)

Jan 29, 2022 13:25 (IST)
Amit Shah to address three indoor public meetings in poll-bound Goa on Sunday
Union Home Minister Amit Shah will be on a day-long visit to poll-bound Goa on Sunday, during which he is scheduled to address separate indoor public meetings in three Assembly constituencies in the state, a party functionary said.
Assembly elections in Goa, where the BJP is currently in power, will be held on February 14.
During his visit, Mr Shah will address three public meetings - one each in Ponda, Sanvordem and Vasco Assembly constituencies, BJP's Goa unit president Sadanand Shet Tanavade said on Saturday.
The Union minister will address the first public meeting in Ponda at 4.30 pm, followed by another such event in Sanvordem at 6.30 pm. He will hold his last public meeting of the day at Vasco at 8 pm.
"All three public meetings will be held indoors with 50 per cent seating capacity and all the protocols related to COVID-19 will be followed during these events," Mr Tanavade said.
Jan 29, 2022 12:46 (IST)

Akhilesh Yadav & Jayant Chaudhary are together only till counting. If their (SP) govt is formed, then Azam Khan will sit (in their govt) and Jayant Bhai will be out. Their candidates' list can say what will happen after elections: Union HM Amit Shah & BJP leader in Muzaffarnagar pic.twitter.com/I79zZnd1Kn

Jan 29, 2022 11:49 (IST)
Goa Assembly polls: Circumstances forced me to contest independently, says Manohar Parrikar's son
Utpal Parrikar, son of former Goa Chief Minister Late Manohar Parrikar on Saturday said that circumstances forced him to take a decision of contesting as an independent candidate from Panaji in the ensuing Goa Assembly polls.
Utpal also said that he will try to meet each person in Panaji and know about their problems.
Speaking to ANI ahead of the Goa Assembly elections, he said, "I will try to meet each person in Panaji. The circumstances forced me to take this decision (of contesting an independent candidate) from Panaji. I want to give people a good option in candidates."
Utpal Parrikar, son of former Goa chief minister Manohar Parrikar, filed his nomination papers from the Panaji Assembly constituency on Thursday.
Last week, he resigned from the primary membership of BJP after the party denied him a ticket from the Panaji constituency and fielded Congress party turncoat Atanasio "Babush" Monserrate.
After BJP snubbed him, Parrikar decided to contest the upcoming Goa election as an independent candidate.
Meanwhile, Goa Chief Minister Pramod Sawant had said that the central leaders of BJP were in conversation with Utpal and had offered him two constituencies to contest the election in the upcoming Goa Assembly polls.
Goa is scheduled to go to the Assembly polls on February 14. The counting of votes will take place on March 10.
Jan 29, 2022 11:36 (IST)
Punjab polls 2022: Navjot Singh Sidhu files nomination papers from Amritsar East
Punjab Congress chief and party's candidate from Amritsar East, Navjot Singh Sidhu on Saturday filed his nomination for the state Assembly elections.
In a tweet, the Congress leader on Friday said, "Will file my nomination paper's tomorrow at 11.15."
Mr Sidhu is a sitting MLA from the seat. Shiromani Akali Dal has fielded former Punjab Minister Bikram Singh Majithia against him in Amritsar East.
Punjab will go to assembly polls on February 20 and the counting of votes will take place on March 10.

Will file my nomination paper's tomorrow at 11.15

Jan 29, 2022 11:10 (IST)
There is going to be massive misuse of the postal ballot this time: RLD Chief Jayant Chaudhary To NDTV 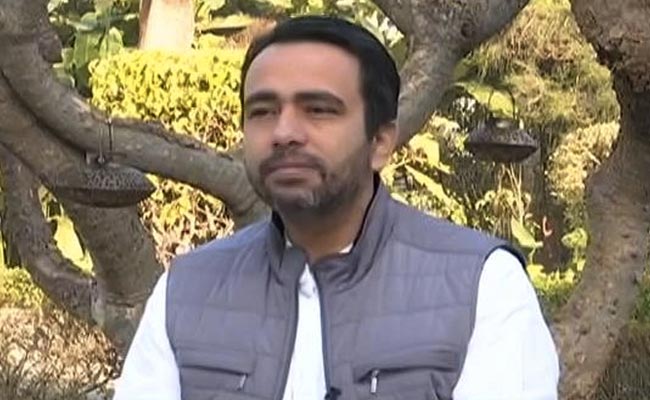