2019 Assembly Polls Highlights: By-Elections In 18 Seats In Tamil Nadu; Phase 2 Of 4 In Odisha

2019 Assembly Elections: While Odisha votes in phase 2 of the 4-phase assembly polls today, which coincides with the four phases of the Lok Sabha elections in the state, Tamil Nadu will see by-elections in 18 constituencies across the state 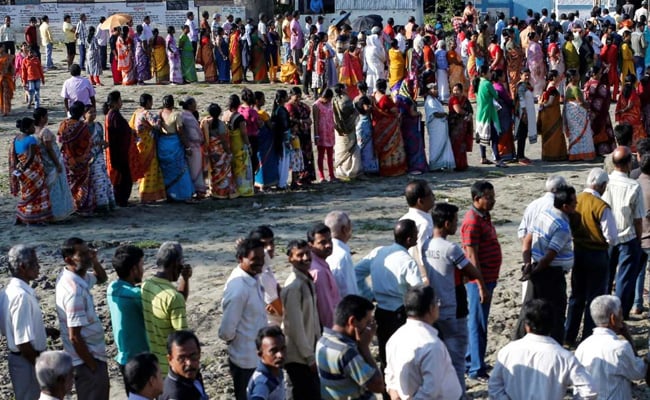 Here are the highlights from the 2019 Assembly elections and Assembly Bypolls in Odisha and Tamil Nadu respectively:

Apr 18, 2019 20:16 (IST)
The second phase of polling in five Lok Sabha and 35 Assembly constituencies in Odisha recorded 64 per cent voter turnout on Thursday, said state's Chief Electoral Officer (CEO) Surendra Kumar.
"Voting by nearly 64 per cent of total 76.93 lakh electorate was recorded by 5 p.m. This is a tentative figure and this is very likely to change after compilation of information from fields. The voters, who are in the queue, are still voting in some areas," said Kumar.
Apr 18, 2019 19:59 (IST)
Tamil Nadu registered 63.73 per cent polling for the 38 Lok Sabha seats on Thursday. Arani Lok Sabha seat registered 76.49 per cent turnout and the voting percentage in other Parliamentary seats ranged between 55.07 (lowest in Kanyakumari) and Chidambaram 70.73 per cent.
Apr 18, 2019 17:10 (IST)

Surendra Kumar, Chief Electoral Officer, Odisha: Technical problems arose due to lapses on part of the polling officers, action will be taken against those officers for dereliction of duty. https://t.co/0sFefW78qK

Apr 18, 2019 16:54 (IST)
Voter turnout till 3pm
Tamil Nadu: 52.02%
Odisha: 53%
Apr 18, 2019 14:49 (IST)
A total of 42.09 per cent electorate cast their votes till 1 pm in Tamil Nadu.
Apr 18, 2019 14:19 (IST)
AIADMK lodges complaint against MK Stalin
The ruling AIADMK in Tamil Nadu has lodged a complaint with the Election Commission against DMK President MK Stalin and the party's Chennai Central candidate Dayanidhi Maran for violating the model code of conduct (MCC), according to news agency IANS.
The AIADMK refers to their comments to the media where they said they had voted for a change of government and requested the public to do the same.
The AIADMK said MK Stalin also made false and frivolous allegations against the state and the central government.
Apr 18, 2019 13:38 (IST)
Odisha records voter turnout of 33.0 per cent till 1:00pm.
Apr 18, 2019 12:37 (IST)
Tamil Nadu villagers boycott election to protest pollution
Around 500 voters in Nagaraja Kandigai village in the Tiruvallur Lok Sabha constituency in Tamil Nadu have boycotted the election in protest against the functioning of a polluting sponge iron factory in their locality, an official told news agency IANS.
"We have asked the company to stop all its operations at its factory... Talks are on with the villages to convince them to participate in the electoral process," Nandakumar, the Revenue Divisional Officer of Ponneri, says.
The villagers are up against the Chennai Ferrous Industries Ltd.
Apr 18, 2019 11:57 (IST)
TTV Dhinakaran's reply on raids
After unaccounted cash worth Rs 1.48 crore, allegedly meant to bribe voters, was seized by taxmen during raids at places of a party colleague of AMMK or Amma Makkal Munnetra Kazhagam leader TTV Dhinakaran, the leader told NDTV that his party office is on the ground floor of the building, and not where the raid took place.
"It was our candidate itself who complained to the Election Commission that people are receiving money from there," Mr Dhinakaran said.
Income Tax officials told NDTV that 94 packets of cash, with ward numbers and number of voters, were found. Markings on the packets indicate the plan was to give each voter Rs 300 as bribe.
Apr 18, 2019 11:34 (IST)
Voter turnout till 11am
Odisha: 18%
Tamil Nadu: 30.06%
Apr 18, 2019 11:24 (IST)
Big Stakes In Tamil Nadu
By-elections on the 18 assembly seats in Tamil Nadu will decide the fate of the AIADMK government led by E Palaniswami and his deputy O Panneerselvam. The 234-member assembly has 22 vacancies, 18 of them due to disqualification of rebel lawmakers who have joined the team of TTV Dhinakaran. The AIADMK, which has 114 seats including the Speaker, needs 5 seats to retain majority.
Apr 18, 2019 11:08 (IST)
The second phase of polling is being held for five Lok Sabha and 35 Assembly seats in Odisha.

As Odisha votes in phase 2 of the 4-phase #AssemblyElections2019 today, over 76 lakh people are eligible to vote

Apr 18, 2019 11:03 (IST)
95-year-old dies in queue in Odisha
A 95-year-old man has died while waiting in the queue to cast his vote in Kansamari booth of Sanakhemundi which falls in the Lok Sabha constituency, reports news agency IANS. The deceased has been identified as Natabar Behera of Kansamati village.
Apr 18, 2019 11:01 (IST)
Glitches in EVMs delay polling in Odisha
Voting in some polling booths in Odisha got delayed following technical glitches in the Electronic Voting Machines (EVMs), reports news agency IANS.
In Sundergarh, technical glitches were reported in the EVMs in several booths in Talsara Assembly constituency while polling was delayed in six booths in Bonai Assembly constituency, say sources.
In Bolangir, voting was delayed in several booths due to glitches. Voters faced similar problems in Kandhamal, G Udayagiri and Baliguda.
Apr 18, 2019 10:45 (IST)
Tamil Nadu Assembly Elections 2019 LIVE: Important Facts And Stats
While Tamil Nadu has a total of 39 Lok Sabha constituencies, President Ram Nath Kovind on Tuesday rescinded the poll for Vellore constituency after the Income Tax (IT) department seized unaccounted cash from a cement warehouse of a DMK functionary.
The Election Commission or EC has said the cash was kept for distribution to voters and the situation was not conducive for holding free and fair elections in Vellore.

Along with the polls for Lok Sabha in Tamil Nadu, a sort of mini Assembly election is also being held with the conduct of by-elections for 22 Assembly constituencies in two phases. While voting for the by-elections is on in 18-Assembly seats today, the polling for the remaining four seats for the bypolls will be held on May 19.

A total of 269 candidates are in the fray for the assembly by-elections in Tamil Nadu. The results of both -- Parliamentary, and by-elections for 22 Assembly seats, will be declared on May 23.

Polling will come to an end at 6 pm in all the polling booths except Madurai, where voting will end at 8 pm because of the Chithirai festival.

The Election Commission has identified about 8,200 booths as sensitive and vulnerable of the around 67,700 booths. Arrangements for live webcasting of the polling has been made in around 30,000 booths.

At least 1.4 lakh security personnel have been deployed across Tamil Nadu to ensure safe and secure elections.

In a first, Voter Verified Paper Audit Trail or VVPAT voting machines (EVMs) have been deployed in all the polling booths.

Apr 18, 2019 10:37 (IST)
Chennai hotel offers discount for voters
Chennai's Clarion Hotel president says the hotel is offering a 50 per cent discount on the food bills of those who have voted in the Tamil Nadu polls.
"We are offering 50 per cent discount for guests who show the proof of voting. The discount is available for breakfast, lunch and dinner buffet," a hotel official says.
Voting began across the state at 7 am, where about 5.8 crore voters will decide the fate of 822 candidates in the Lok Sabha polls and 269 in the Assemble by-polls. 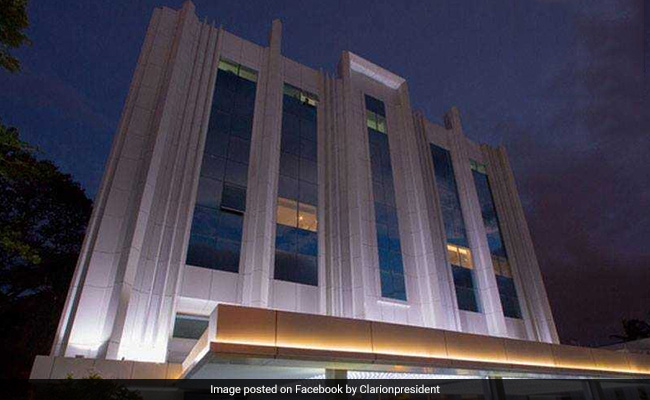 Apr 18, 2019 10:27 (IST)
Polling is being held on 38 Lok Sabha and 18 assembly seats of Tamil Nadu today, though voting in the Vellore seat has been cancelled following huge seizure of cash by Income Tax officials.
Apr 18, 2019 10:18 (IST)
Ninety five seats spread across 11 states and one union territory are voting in the second phase of 2019 Lok Sabha elections today. 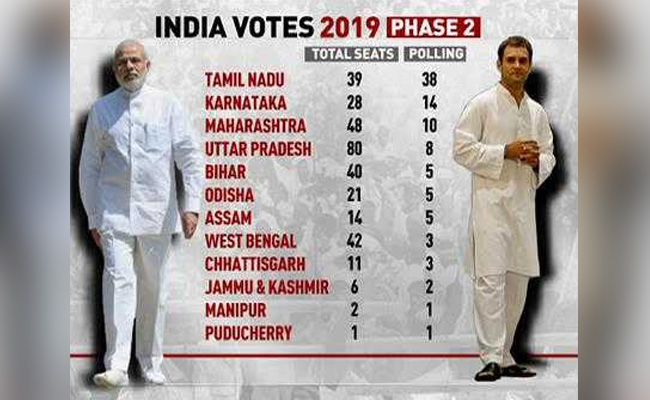 Apr 18, 2019 10:09 (IST)
Kamal Haasan, daughter Shruti vote in Chennai
"Today is the day!! Vote because it matters!" tweeted actor Shruti Haasan before casting her vote in Chennai in the second phase of the Lok Sabha election.
The father-daughter duo was seen standing in queue at 8 am outside a polling booth in Chennai. 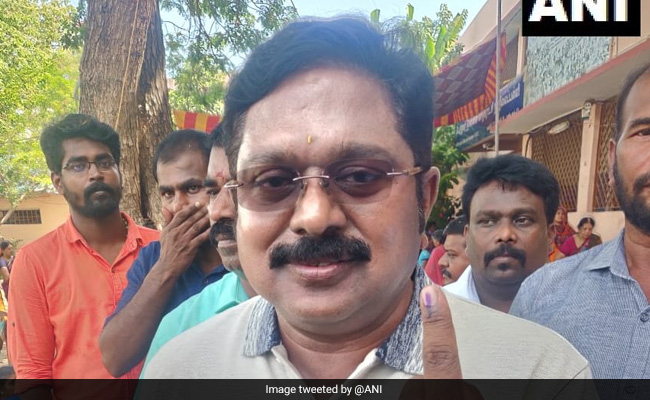 Odisha: Voting procedure was halted at booths 261 and 263 in Bolangir Lok Sabha constituency due to EVM malfunction. The voting has now resumed. #LokSabhaElections2019pic.twitter.com/59BjIfxpXV

Apr 18, 2019 09:22 (IST)
Tamil Nadu Elections 2019 LIVE: Facts And Stats
The electoral battle in Tamil Nadu broadly consists two groups of alliances. One group or alliance is led by the AIADMK. The AIADMK alliance includes the BJP, the Pattali Makkal Katchi or PMK, and the DMDK or Desiya Murpokku Dravida Kazhagam, among other smaller state parties.
The other group or alliance, which calls itself the Secular Democratic Front or SDF is led by the DMK. This alliance includes the Congress, the MDMK or Marumalarchi Dravida Munnetra Kazhagam, the VCK or Viduthalai Chiruthaigal Katchi, and Left parties.

Two other regional parties which are contesting the elections in Tamil Nadu but have not aligned with any other party are TTV Dhinakaran's AMMK or Amma Makkal Munnetra Kazhagam and actor-turned-politician Kamal Hassan's MNM or Makkal Needhi Maiam.
Apr 18, 2019 08:57 (IST)
Tamil Nadu Assembly Elections 2019 LIVE: Facts And Stats For The By-Elections In Tamil Nadu
Nearly 60 million or 6 crore citizens will cast their vote in Tamil Nadu today today. Along with the Lok Sabha or parliamentary elections Tamil Nadu, by-elections are also being held for 18 assembly constituencies in the state. Lok Sabha elections in Tamil Nadu will see 38 seats go to polls in a single-phase today. The assembly bypolls however, are being held in two phases - 18 assembly constituencies today and 4 assembly constituencies on May 19.
Apr 18, 2019 08:48 (IST)
Odisha Assembly Elections 2019 LIVE: Dates And Phases Of Assembly Polls
The first phase of polling in Odisha was held on April 11, the second phase of voting in Odisha is being held today. The remaining two phases are scheduled for April 23 and April 29. Counting of votes will be held on May 23, and results will be declared the same day.
Apr 18, 2019 08:46 (IST)
Odisha Elections 2019 LIVE: Security Measures Taken
Steps have been taken for webcasting in 883 booths in Odisha, providing CCTV in 623 booths and engaging 892 micro-observers. Videography would be conducted in 331 places to ensure safe and secure process of elections.
As some areas in Kandhamal, Bolangir and Bargarh are Maoist-affected, security has been heightened to ensure smooth conduct of polls in those regions, a senior police officer told news agency Press Trust of India.