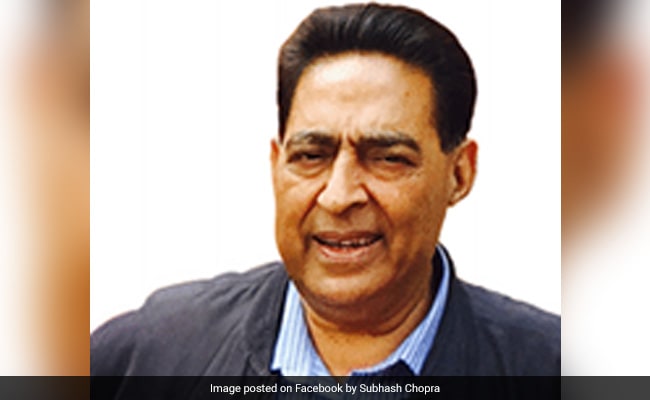 Subhash Chopra alleged that although flats were constructed in Kalkaji, AAP failed to allot them.

The Delhi Congress on Thursday said it will provide "pucca" houses to the residents of slum areas across the national capital if the party is voted to power in the upcoming Assembly elections.

Talking to reporters, Delhi Congress president Subhash Chopra said the party will implement the "Kalkaji Model" under which "swanky flats" with modern facilities were constructed in the area for the dwellers of ''jhuggi-jhopri'' (JJ) cluster under in-situ rehabilitation policy.

Mr Chopra said it was the Congress government which first introduced the in-situ policy.

He alleged that although flats were constructed in Kalkaji, the AAP government failed to allot them.

The Congress will provide "pucca" houses to the residents of JJ Clusters across the city after coming to power, Mr Chopra said.