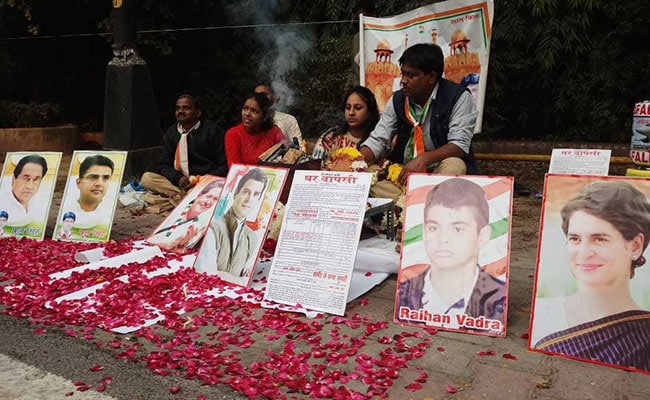 Congress workers performed a "havan" or ritual outside party president Rahul Gandhi's home in Delhi as votes were counted for elections in five states.

The Congress was ahead in Rajasthan but it was a very close fight in Madhya Pradesh and Chhattisgarh in the first hour of counting. At the "havan", a poster soon came up congratulating Rahul Gandhi.

A victory for the Congress will be a big boost for Rahul Gandhi, who is yet to count many big wins since he took on a greater leadership role in the party.