The All India United Democratic Front (AIUDF) has already given consent to become a part of the ''Grand Alliance'', while the Left parties have agreed in principle to join the coalition, Assam Pradesh Congress Committee (APCC) president Ripun Bora said. 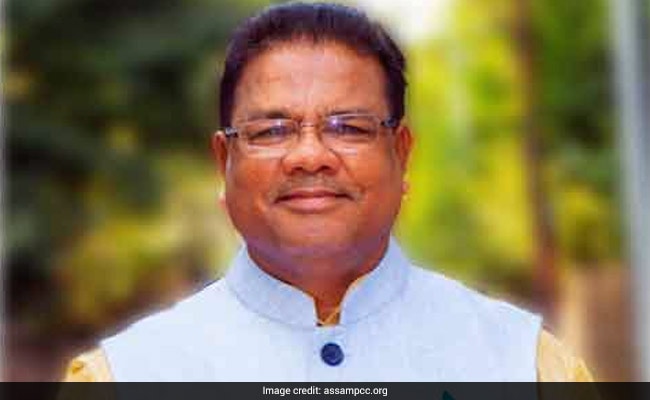 The Congress on Monday said that the opposition parties in the state have given a positive response to its proposed ''Grand Alliance'' for taking on the BJP-led Assam government in the Assembly polls early next year.

The All India United Democratic Front (AIUDF) has already given consent to become a part of the ''Grand Alliance'', while the Left parties have agreed in principle to join the coalition, Assam Pradesh Congress Committee (APCC) president Ripun Bora said.

"We have got a very positive response to our concept of Grand Alliance. So far, the AIUDF has given consent. The Left parties have agreed to be part and said the final decision will be announced after their internal discussion," Mr Bora told PTI.

The other smaller and newly-formed anti-BJP parties have informed the Congress about their willingness to join the alliance, but they will formally announce it after taking official decisions, he added.

Mr Bora said, "We also spoke to the Krishak Mukti Sangram Samiti (KMSS). They said that once their party is formed, they will announce. Initially, they wanted to announce it after Akhil Gogoi's release, but as it is uncertain, they will finalise it once the party is formed."

The KMSS on August 22 announced that it will launch a political party to fight the Assembly elections in 2021 and its jailed leader Akhil Gogoi will be the chief ministerial candidate.

On the new regional entity ''Anchalik Gana Morcha'' (AGM) by Rajya Sabha member Ajit Kumar Bhuyan, who was supported by the Congress and AIUDF, Mr Bora said the senior journalist has verbally informed about joining the alliance.

The Congress leader, however, said that the All Assam Students' Union (AASU) has declined to be a part of the alliance with its planned new party, to be formed jointly with Asom Jatiyatabadi Yuva Chhatra Parishad (AJYCP).

"AASU said they have reservations about the alliance and do not want to be a part of it. Still, we are trying and our efforts will continue to create a united front against the BJP and its allies," he added.

Regarding parties from the Bodoland region, Mr Bora said a decision will be taken after the election of the Bodoland Territorial Council (BTC). Congress and AIUDF are fighting the BTC polls together.

"Whether it will be Bodoland Peoples Front (BPF) or United People''s Party Liberal (UPPL), we will see after the BTC polls," he added.

When asked about some Congress leaders, specifically from the Upper Assam districts, opposing an alliance with the AIUDF, Mr Bora said those leaders are apprehensive that joining hands only with the Badruddin Ajmal-led party might affect our vote base.

"However, these leaders do not have any problem if we form the Grand Alliance with all other parties. Moreover, when the modalities will be finalised along with a common minimum programme and seat arrangements, then I am sure they will not oppose at all," he said.

The election to the 126-member Assam Assembly is likely in March-April next year. The 2016 elections gave a fractured mandate and no party has an absolute majority in the current assembly.

The BJP is the single largest party with 60 MLAs, while its allies Asom Gana Parishad (AGP) and BPF have 14 and 12 lawmakers, respectively. The ruling coalition also has the support of an Independent MLA.

The opposition Congress has 23 MLAs, while the AIUDF has 14 members.