Assam National Register of Citizen: Nearly two crore citizens were cleared in the first draft of citizenship draft in January. 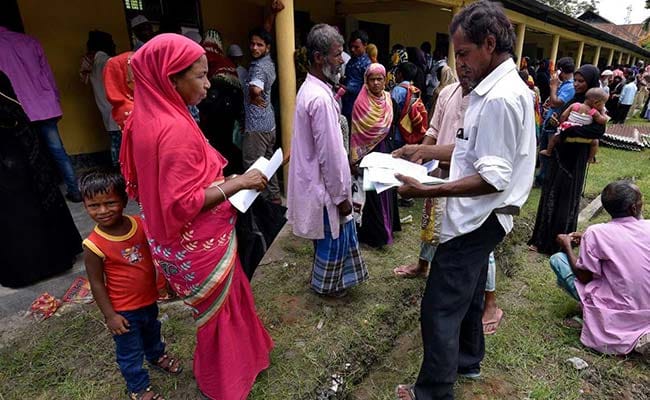 Assam has released the final draft of National Register of Citizens today nearly seven months after around 1.9 crore citizens were cleared in the first citizenship draft list.  Officials have clarified nobody will be deported on the basis of second draft and people will be given opportunity to put forth their claims.

Assam Chief Minister Sarbananda Sonowal has urged calm after the release of second citizenship draft. "The first draft of NRC was published (on the midnight of December 31, 2017) in a very peaceful environment. I appeal to the people of the state to maintain the same environment on the aftermath of publication of the final draft," the release said quoting the chief minister.

Security has been heightened in the state to avoid any law and order situation. Two hundred and twenty companies of the Central Armed Police Forces have been dispatched by the central government to gear up security in Assam and neighbouring states.

National Register of Citizens is our brainchild. 40 lakh ppl whose name have been excluded should not worry. They will get a chance. NRC is to find out the number of foreigners in Assam. As long as our name is in voters' list, we are citizens of India: Former Assam CM Tarun Gogoi pic.twitter.com/PrKKCu7fHr

Jul 30, 2018 18:36 (IST)
The process of claims and objections to the NRC will start on August 30 and the date was fixed taking into consideration that those whose names are not part of the draft NRC can gather documents in the next one month and prepare to approach NRC authorities, a home ministry official said. (PTI)
Jul 30, 2018 17:46 (IST)

Assam NRC: Mamata Banerjee Slams Assam's Draft National Register Of Citizens As Divide-And-Rule Policy
The final draft of citizens in Assam, which leaves out over 40 lakh people, provoked political anger with opposition parties targeting the government in parliament today. Among them was the Trinamool Congress of Bengal Chief Minister Mamata Banerjee, who accused the ruling BJP of trying to identify and isolate people who don't vote for the party.
Jul 30, 2018 17:11 (IST)

As Assam Gets Ready For Citizen Register, Nellie Survivor Recounts Horror
Thirty-six years after losing his parents, sister and a four-year-old daughter in one of India's worst sectarian massacres, Abdul Suban says he is still trying to prove he's a citizen of the country."
Jul 30, 2018 16:48 (IST)
NRC Assam on Facebook 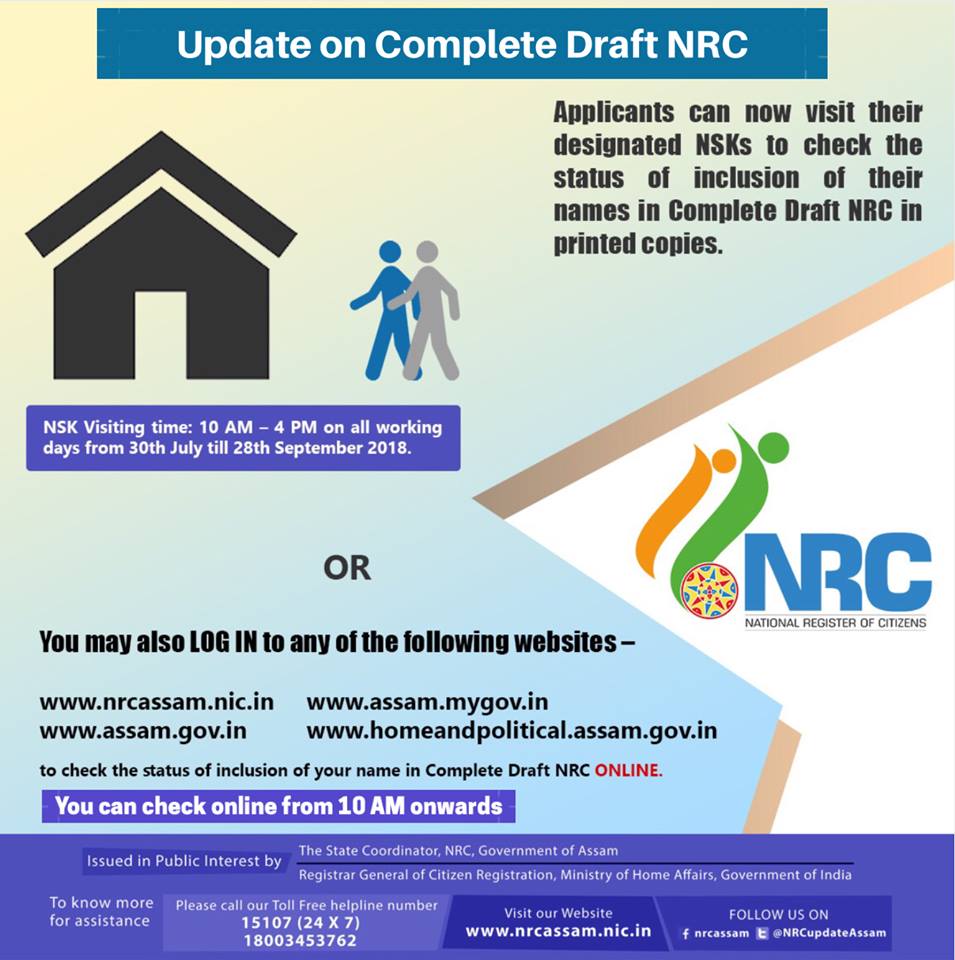 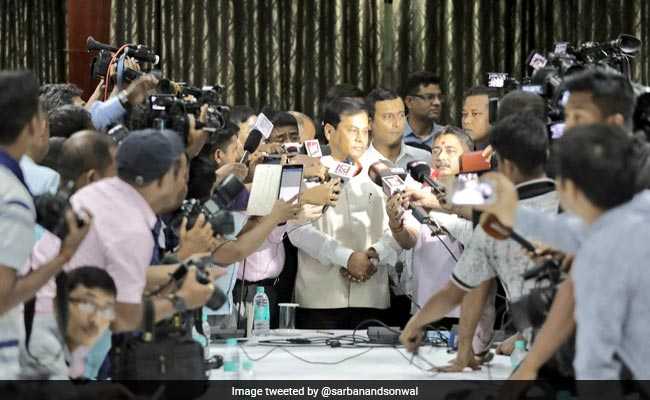 While people have welcomed the draft #NRC, certain sections are trying to destabilise and spread lies. People of Assam have always lived with peace and harmony. We will not allow anyone to disturb peace and law & order.

"Completely Secular Process": Himanta Biswa Sarma On Assam Citizens' List
With about 40 lakh people of the total 3.29 crore not making it to the full draft of the National Register of Citizens (NRC), the big question is what happens next and how the government is going to deal with those who finally lose their citizenship."
Jul 30, 2018 16:02 (IST)
People wait to check their names on the draft list at the National Register of Citizens (NRC) centre at a village in Nagaon district, Assam. (Reuters photo) 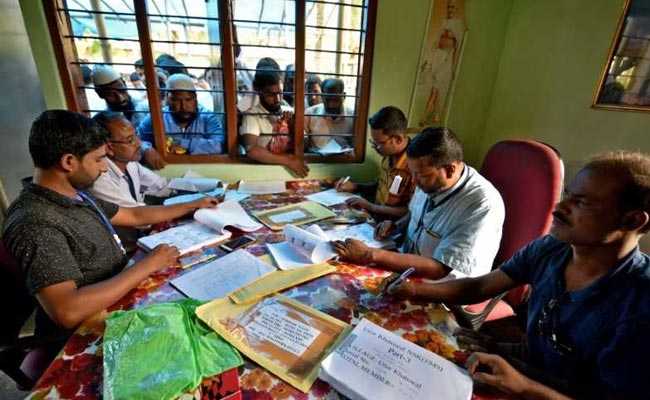 Jul 30, 2018 15:55 (IST)
NRC process is being carried out with complete fairness and transparency. It has been monitored by the Honourable Supreme Court: Home Minister's office on twitter.
Jul 30, 2018 15:44 (IST)
Assam's Finance Minister and firebrand BJP leader Himanta Biswa Sarma has categorically said that the government would try to strike a balance between the aspirations of the indigenous people of Assam and the humanitarian consideration of those who are left out while formulating the final solution to the issue of illegal immigration from Bangladesh
Jul 30, 2018 15:28 (IST)

Assam Final NRC Draft Release: 40 Lakh Left Out Of Draft List Of Indian Citizens In Assam - 10 Points
Around 40 lakh people in Assam have been left out of a draft list of citizens released today, and face deportation if they cannot prove their citizenship. The state's National Register of Citizens or NRC has been updated for the first time since 1951 to account for illegal migration from neighbouring Bangladesh. Releasing the updated list, officials underscored that no one would be deported or arrested as this is only a draft.
Jul 30, 2018 14:57 (IST)

I want to emphatically say that this is only a draft and not the Final NRC. Everyone will have the opportunity to file Claims / Objections as per provision in the law. Only after the disposal of claims and objections, the Final NRC will be published. pic.twitter.com/7UweZiyvJt

Wish to reiterate that today only a draft #NRC is out. People whose name is not there will have a fair chance of preferring claim. We'll stand by every Indian citizen. Our objective is to ensure a fair NRC & not discriminatory one. Figure of 40 lacs only in draft NRC & not final 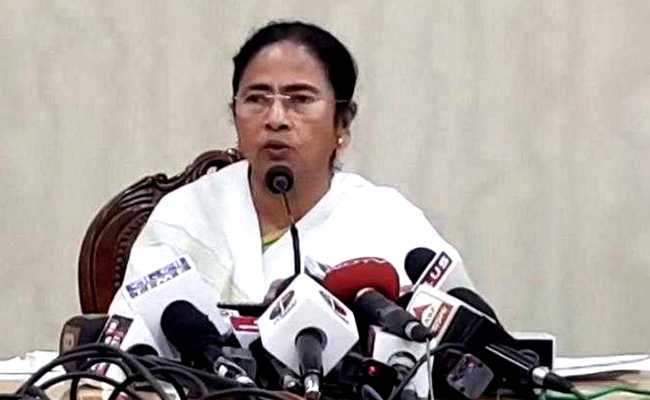 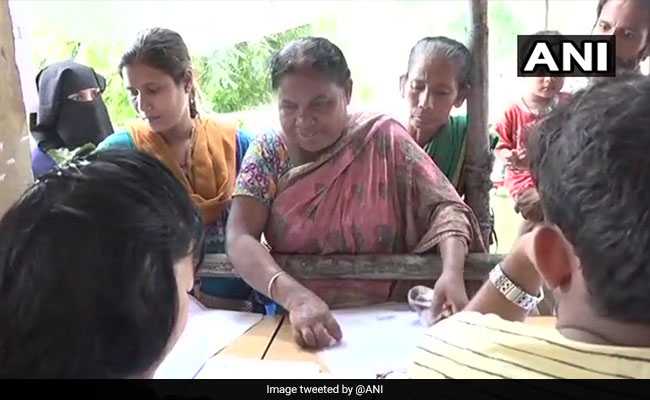 Jul 30, 2018 12:24 (IST)
"Do Not Politicise Sensitive Issues": Rajnath Singh In Lok Sabha
"I want to ask the Opposition, what is the centre's role in this? It is happening under the supervision of the Supreme Court. Such sensitive issues should not be politicised": Rajnath Singh in Lok Sabha
Jul 30, 2018 12:23 (IST)
Trinamool Congress leader Sudip Bandyopadhyay raised the NRC issue during the zero hour in Lok Sabha today.
Jul 30, 2018 11:56 (IST)
Assam is the first Indian state where the NRC is being updated after 1951, with March 24, 1971 as the cut-off date, to include names of "genuine Indian citizens", news agency PTI reported.
Jul 30, 2018 11:53 (IST)
Rajya Sabha Chairman M Venkaiah Naidu first said he had not received any notice and later said that some members had met him expressing desire to raise the NRC issue. "I myself have requested the Home Minister to come (to respond to members' concern)," he said adding he was ready for a discussion, news agency PTI reported.
Jul 30, 2018 11:51 (IST)
Rajya Sabha was adjourned till noon today after opposition parties led by Trinamool Congress created an uproar over non-inclusion of nearly 40 lakh citizens in the citizenship draft.
Jul 30, 2018 11:45 (IST)
"40 lakh names ineligible is a very high figure and very surprising. There are lot of irregularities in the report. We will raise this issue with the government and in the parliament," Ripun Bora,Assam Congress Chief, was quoted as saying by news agency ANI. He also claimed a "political motive of the BJP" behind the move.
Jul 30, 2018 11:26 (IST)
Union Minister of State for Home Affairs Kiren Rijiju has also assured the people in Assam that "everyone will get a chance."
Jul 30, 2018 11:16 (IST)
"I want to emphasise that this is a draft. It is not the final draft everyone will get the opportunity to file claim and objections after that final NRC will be released. I want to reassure that there is no need of any fear. May be some people could not have given their documents. Everyone will be given an opportunity": Rajnath Singh
Jul 30, 2018 11:10 (IST)
Trinamool Congress lawmaker Sougata Roy has given an adjournment motion notice in Lok Sabha over the NRC Assam list draft released today, news agency ANI reported.
Jul 30, 2018 10:43 (IST)
'The application process for the NRC started in May 2015 and a total of 6.5 crore documents were received from 68.27 lakh families across Assam": Registrar General of India Sailesh
Jul 30, 2018 10:39 (IST)
"The first draft of NRC was published (on the midnight of December 31, 2017) in a very peaceful environment. I appeal to the people of the state to maintain the same environment on the aftermath of publication of the final draft," an official release said quoting Assam Chief Minister Sarbananda Sonowal.
Jul 30, 2018 10:36 (IST)
"Do Not Panic," Officials Tell People In Assam
Officials have requested people not to panic if their names did not appear on the list as "all genuine applicants would get ample time for claims and objections".
Jul 30, 2018 10:35 (IST)
As the state released final citizenship draft, Assam Chief Minister Sarbananda Sonowal urged people to refrain from making "inflammatory" remarks, an official release said, news agency PTI reported.
Jul 30, 2018 10:22 (IST)
Officials have said 40 lakh people not included in the citizenship draft will be given "opportunity" to prove their citizenship claims.
Jul 30, 2018 10:20 (IST)
The updated list has been seen by critics as a move to target Assam's Muslim population on the pretext of weeding out Bangladeshi migrants.
Jul 30, 2018 10:12 (IST)
"This Is Only A Draft," Say Officials
Officials have asserted that this is only a draft, and claims and objections from those left out of the citizen's list would be taken up from August 30. Read here.
Jul 30, 2018 10:08 (IST)
Nearly 40 lakh citizens have been left out in the draft list: Satyendra Garg, Joint Secretary of Northeast Affairs of Ministry of Home Affairs
Jul 30, 2018 10:08 (IST)
No deportation will be carried out on the basis of second draft, the state has clarified.
Jul 30, 2018 10:04 (IST)
2,89,83,677 citizens have been found eligible among 3. 29 cr total applicants. Those who have been left out can apply for claims and objections: State NRC Coordinator Prateek Hajela
Jul 30, 2018 10:00 (IST)
"Historic Day In Assam": Prateek Hajela
"It's a historic day in the country and Assam towards fulfillment of a major milestone of publishing draft under monitoring of Supreme Court. The exercise of the NRC in its scale size is unprecedented": Prateek Hajela
Jul 30, 2018 09:55 (IST)
Assam Releases Final Citizenship Draft

Jul 30, 2018 09:52 (IST)
Nearly two crore citizens were cleared in the first citizenship draft released on January 1 this year.
Jul 30, 2018 09:31 (IST)
The NRC authorities earlier this month disclosed that 1.5 lakh people - including 50,000 people - will be dropped from the first list, since anomalies were found in their documents.
Jul 30, 2018 09:17 (IST)
A high-level meeting was held recently by Chief Minister Sarbananda Sonowal on the NRC draft.
Jul 30, 2018 09:16 (IST)
Names, addresses and photographs of all Indian citizens, who have been living in Assam before March 25, 1971, will be featured in the citizenship draft, NRC State Coordinator Prateek Hajela was quoted as saying by news agency PTI.