Assam Limps Back To Life As Flood Situation Improves, 50 Killed So Far

The number of animals killed due to the flooding of the Kaziranga National Park has crossed 110. 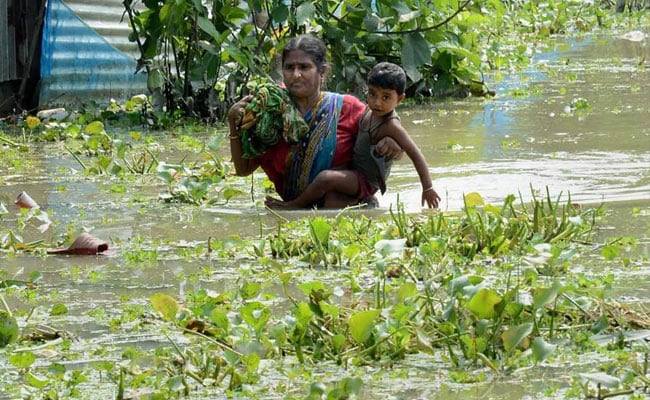 Although the situation has improved, many parts of Assam still remain flooded.

The situation in Assam improved amid receding flood waters today, although the number of dead rose to 50 with 11 more losing their lives over the last 24 hours. Officials said 1.5 lakh people continue to languish in 226 relief camps, unable to return to their submerged homes as 27 of the state's 33 districts still remain affected.

Three days ago, the water level of the Brahmaputra stretch passing through Guwahati had come very close to its highest level of 51.46 metres recorded during the devastating floods of 2004. The water level is receding now, experts said, without citing exact figures. However, most of the rivers in the state are still flowing above the danger mark.

The number of flood-hit districts in the state has come down to 27, but the situation in Barpeta, Dhubri and Morigaon is yet to improve significantly. Health officials have been kept on high alert, wary of epidemics that usually follow floods amid threat from an ongoing encephalitis outbreak.

As much as 70 per cent of Kaziranga National Park -- home to the endangered one-horned rhino -- remains underwater, with the number of dead animals crossing 110. Forest officials are keeping an eye out for poachers, who usually take advantage of the chaos caused by floods to notch some kills. According to sources, animals in the wildlife park are also facing an acute food shortage. Several have been taken to the Centre for Wildlife Rehabilitation and Conservation, where they are being treated.

Prime Minister Narendra Modi, who has promised his "complete support" for relief and rehabilitation work in Assam, met a delegation of 10 parliamentarians from the state today. "The Prime Minister gave us a patient hearing and then assured us of central help," Dilip Saikia, who represents Mangaldoi in the Lok Sabha, told reporters after the meeting.

The team had also submitted a memorandum to PM Modi, urging him to announce a special package to mitigate floods that damage roads, houses and crops in the state almost every year.

According to experts, three days of extremely high rainfall between July 13 and 15 were probably the reason for the floods that ravaged Assam over the past week. Rainfall data shared by the Regional Meteorological Centre in Guwahati revealed that Assam received 95 per cent more rain than normal on July 13 and 127 percent more on July 14. The excess rainfall spiked sharply by 224 per cent on July 15.