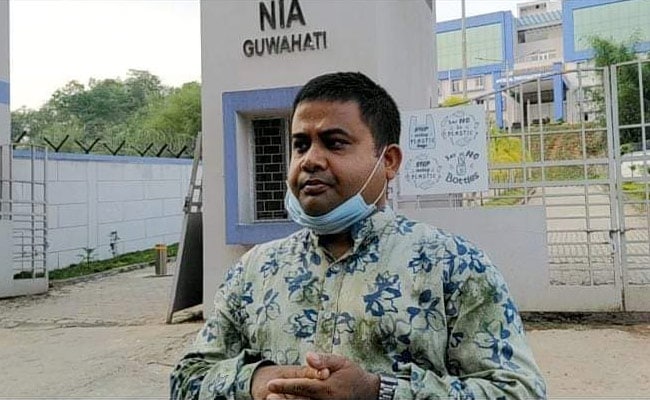 The National Investigation Agency (NIA) questioned a Guwahati-based Journalist for five hours on Thursday in a case linked to activist Akhil Gogoi over last year's protest against the Citizenship (Amendment) Act or CAA in Assam. The journalist said he was not served summon to appear for questioning but was called over phone.

Manash Jyoti Baruah, a journalist with a website, said he was told to come "over a phone call" to the NIA's regional headquarters at Sonapur, on the outskirts of Guwahati on Thursday. He said he was questioned for five hours.

"I got a call from NIA official DP Singh. He told me to come for questioning in the case against activist Akhil Gogoi. When I asked him for the official summon, Singh said due to the (coronavirus) lockdown they are unable to send the summon, but will give me the letter when I reach their office, but it was never given," Mr Baruah told NDTV.

Mr Baruah had covered the anti-CAA protests in Assam between December 2019 and January.

"They questioned me close to five hours. 80 per cent of the questions were related to Akhil Gogoi. They accused me of having close ties with Gogoi. They categorically asked me about how Gogoi gets his funding. I told them that I am a journalist and maintain formal relationship with Gogoi," Mr Baruah said.

Mr Gogoi's legal counsel Shantanu Borthakur said normally a witness is called by the investigating agency by issuing notice. "When CrPC (Code of Criminal Procedure) lays down a procedure the investigating agencies are required to follow it. We can't understand why in this case the journalist was called without adhering to procedure," Mr Borthakur said.

NIA officials in Guwahati declined to comment when contacted.

Mr Gogoi got bail after the NIA could not file a chargesheet against him. Later, the Gauhati High Court stayed the bail and he remained in custody. He faces sedition charges, among others.