Assam Decides To Tweak Its Muslim Survey, To Drop The Word 'Indigenous' 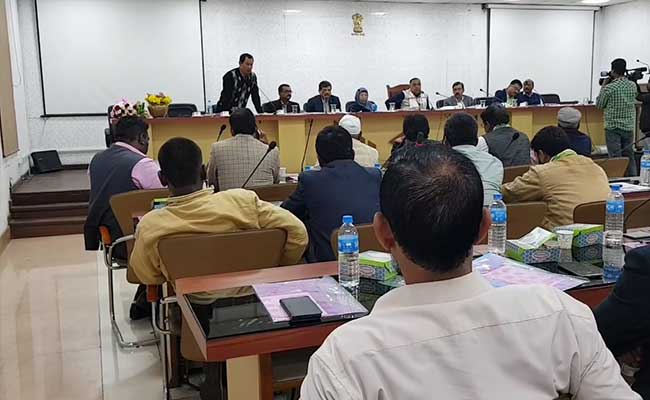 The government wants to start the work within two months, official sources said.

The Assam government has decided to 'tweak' its ambitious plans of an 'extensive' socio-economic survey of its 'indigenous' Muslim population that many believe is aimed to 'segregate' the 'Bhumiputra' Muslims of Assam from the those who are of Bangladeshi origin. The BJP-led government in Assam has decided to drop the word 'indigenous' from this special census drive that it wants to proceed with in two months' time and rather name it based on the indigenous Muslim communities like the Goria, Moria , Deshi and Jolah.

While the decision of carrying out an indigenous Muslims head count might trigger fresh controversy in the state, on Tuesday after a crucial consultative meeting at the state secretariat  chaired by Assam Minorities welfare department minister Ranjit Dutta, it was decided that the word 'indigenous' would be dropped from the nomenclature of the survey as well as the new development council that the BJP-led government has promised to the 'son of the soil' Muslims, in what appears to be the ruling party's bid to woo the Non-Bangladeshi origin Muslims in Assam after being cornered over the controversial citizenship law.

"This was our budget promise  and we had earlier used the word indigenous but in today's meeting several Muslims organization who are Bhumiputras, have raised objection that the indigenous word has to be removed and it should be named as Goria, Moria , Deshi and Jolah tea tribe community development council and we have accepted the suggestion. There will he household socio-economic census to find out the head count of total number of people from each of these indigenous Muslim communities," Assam Minorities welfare minister Ranjit Dutta told NDTV.

The minister added that this survey will be carried out by three departments together - Home, revenue and Minorities welfare. The main aim is to keep out every single Muslim of Bangladeshi origin, the minister further added. The government wants to start the work within two months, official sources said.

"This is going to be a very sensitive survey since there are also chances that a Bangladeshis Muslim might try to pose and get their name enrolled in this. This is no agenda of dividing Muslims, rather we are fulfilling our last budget promise and we need to deliver this," Mr Dutaa added.

This also comes at a time when over 19 lakh people left out of Assam National Register of Citizens or NRC are stuck in limbo with no further decision on them and the last two months' massive anti-Citizenship Amendment Act protests in the state that had cornered the government.

"This move will not help out state in any way. It will further divide the Muslim community, the purpose should be to make the less progressive people come forward in life. This move will only make the BJP divide the people more as they are agenda is to do that every time," Leader of the opposition in Assam legislative assembly Debabrata Saikia said.