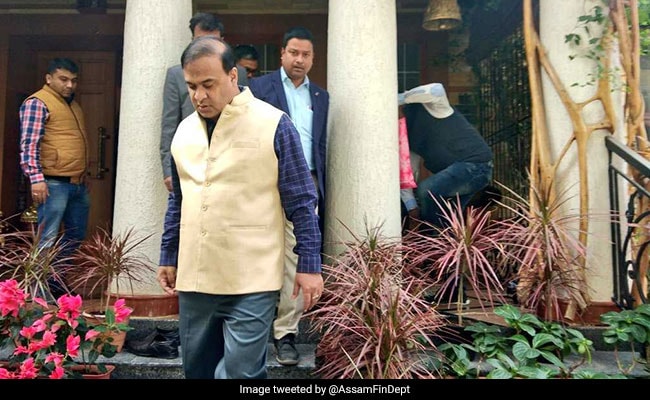 The Bharatiya Janata Party-led Assam government today presented a Rs 1,193.04-crore deficit budget for 2019-20, ahead of the general elections this year when 14 Lok Sabha seats in the state can prove to be crucial for the party.

The schemes include providing rice at Re 1 per kilogram for the poor and one tola (10 gram) gold to the brides, among others.

Under the Affordable Nutrition & Nourishment Assistance (ANNA) Yojana, Mr Sarma said the government will provide rice at a subsidised rate of Re 1 per kg instead of Rs 3 per kg to strengthen food security for 53 lakh households in the state.

Rice will also be given free-of-cost to four lakh families living in tea garden areas while two kg of sugar per month will be given to the families of tea garden workers.

Welfare schemes for Tea Tribes to further expand to construct pucca roads in more number of tea garden labour lines & in such plantations where the lines are already paved, the work in the labour divisions will be taken up.@PMOIndiapic.twitter.com/6pvCDN77Dq

10 gram gold costing around Rs 38,000 will be given to brides belonging to all such communities of the state where it is customary to provide gold at the time of wedding, the minister said. Benefits will be available to those whose marriages will be registered under the Special Marriage (Assam) Rules, 1954.

The government also decided to constitute a council for the indigenous Muslim population in the state which will take up various programmes for their development.

The Budget Estimates of 2019-20 show a receipt of Rs 98,339.05 crore under the consolidated fund of the state, the minister said in his budget speech.

The finance minister also announced that the provision of admission fee waiver up to degree level will be extended to those parents whose potential annual income is below Rs two lakh.

The government will also provide free text books to students up to degree level (Arts, Science & Commerce) from the present level of Class XII. Battery operated 'e-bikes' will be provided to all girl students who secure 1st division or above in their higher secondary examinations, Mr Sarma said.