The chopper made an emergency landing in Bhutan after the pilot noticed a fire warning signal in the cockpit , government sources said. 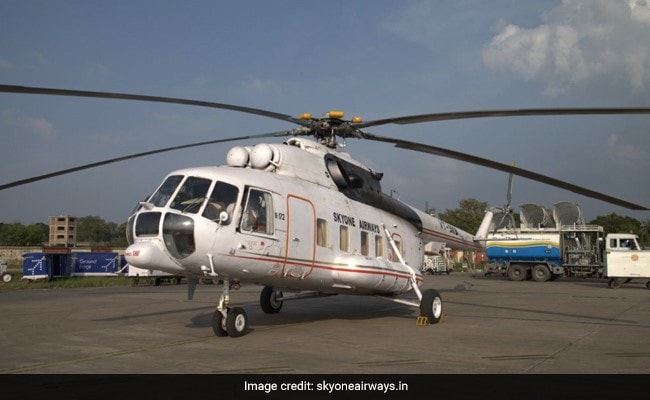 The chopper was headed to Guwahati from Tawang. (Representational)

A Guwahati-bound private chopper, operated by Skyone Airways, was forced to make an emergency landing in Bhutan on Monday when the pilot noticed a technical fault after take-off from Tawang in Arunachal Pradesh.

All 14 passengers and five crew members are safe.

The chopper made an emergency landing after the pilot noticed a fire warning signal in the cockpit , government sources said. The incident took place when the chopper was flying over Bhutan.

As per protocol, the crew released fire extinguishers in the Auxiliary Power Unit (APU). But because of the fire warning,  they had to land in the nearest  airport or a helipad as per the standard operating procedure.

The pilots then decided to try and land in Bhutan's Nganglam, a border town with Assam. The Bhutanese air traffic control at Paro gave them clearance for land at Paro, 50 km away from capital Thimpu.

The Arunachal Pradesh government is bringing back the passenger with the help of the Bhutan government, government sources said.

A team of Skyone Airways is on its way to Bhutan to inspect and repair the chopper.