Home Minister Amit Shah has said CAA will be implemented after the Covid-19 vaccination drive. PM Modi has been silent. The gamosa is a traditional piece of clothing identified with Assam's culture.

If the Congress is to be believed, the signature Assam gamosa holds good portends for itself in the upcoming assembly polls. The state's main opposition party has, in the past week alone, collected at least a lakh pieces of the traditional clothing, whose name means 'cloth to wipe/dust one's body'. Handed over by those opposed to the Citizenship Amendment Act 2019, as part of the party's poll campaign, the Congress feels these symbolise the people's anger towards the BJP-led NDA government that brought in the law in December 2019.

"Resonating with the plight of the people, in the state of Assam, the Congress party's cadres have been able to garner over one lakh gamosas through its door-to-door collection drive," a media statement by the Assam Pradesh Congress Committee (APCC) mentioned. 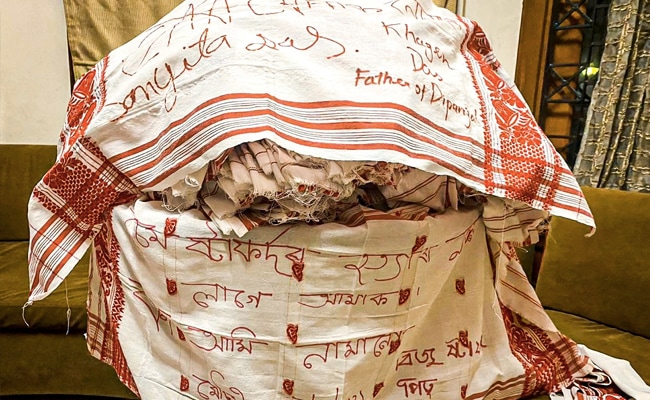 A white, rectangular piece of cloth with red motif along its borders, the gamosa is closely identified with the Assamese identity and culture. On February 17, the Congress launched its campaign in which party workers visiting door-to-door to collect the cloth, on which those handing them over could mention the reason the new citizenship law ought to be repealed. 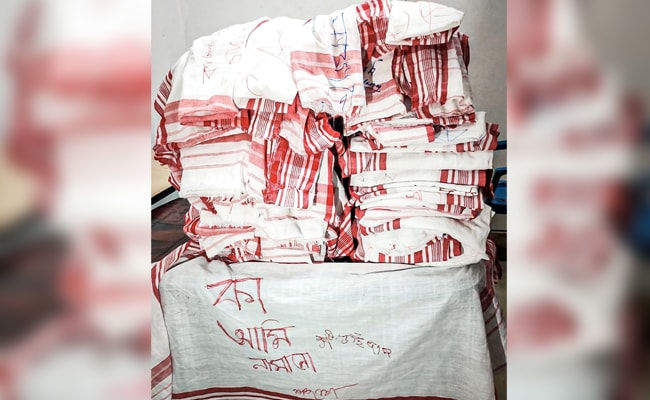 The CAA grants citizenship to religious minorities such as Hindu, Sikh, Christian, Jain, Buddhist, and Parsis and, according to political observers, will play a deciding factor this election, especially in the Upper Assam area where the anti-CAA protests were the most intense. A considerable section of Assam natives feels the law would lead to the dilution of Assam's culture and identity since this state has, over the decades, borne the worst of illegal immigration from India's immediate neighbourhood. Formalising the status of such residents is something they are bitterly opposed to.

Along with other regional parties, the Congress, too, is looking to build up support by riding on the sentiment against this law to replace the BJP regime in the state.

The party's senior leaders in the state are busy promoting the gamosa drive, sharing pictures on social media platforms with #MyAntiCAAGamosa.

"Amazed that over a period of few days, we have already collected over one lakh gamosas bearing anti-CAA messages!" said Assam Congress chief and Rajya Sabha member, Ripun Bora.

1 lakh gamosas within days is a testimony of the extraordinary response from across the State to @INCAssam's #MyAntiCAAGamosa collection drive! Grateful to people for coming all out in support of our endeavours to ensure CAA is out for good in Assam. #AxomBasaonAhokpic.twitter.com/9y21fCbfgW

The Congress has also upped its social media presence, channelling the anti CAA grievances through its "Assam Bachao" Twitter handle.

Observers say that under the normal course, the Congress would have been a natural choice of the CAA opposers. After all, the party had managed to garner enough support in the Rajya Sabha to repel it when the bill was introduced first in 2018. It was only in 2019, after the NDA won a second term at the Centre, that it was finally passed.

However, among the key anti-CAA crusaders, two regional parties have branched out since - the Assam Jatiya Parishad from All Assam Students' Union and the Asom Jatiyatabadi Yuba Chhatra Parishad and Raijor Dal from Krishak Mukti Sangram Samiti and about 60 other organisations. These have now garnered major support from the anti-CAA section.

Meanwhile, the anti-CAA stir, which rocked the state after the law was passed, has also left the BJP worried. This is despite the Hindu nationalist party's tall claims of clinching 100 out of 126 seats this election. Its nervousness is evident from Prime Minister Narendra Modi's complete silence on the subject during his three visits to upper Assam in the past few weeks.

Union Home Minister Amit Shah, however, has said CAA will be implemented once the Covid-19 vaccination drive ends.

Will the gamosa help the Congress dust off the BJP and start afresh in Assam politics?