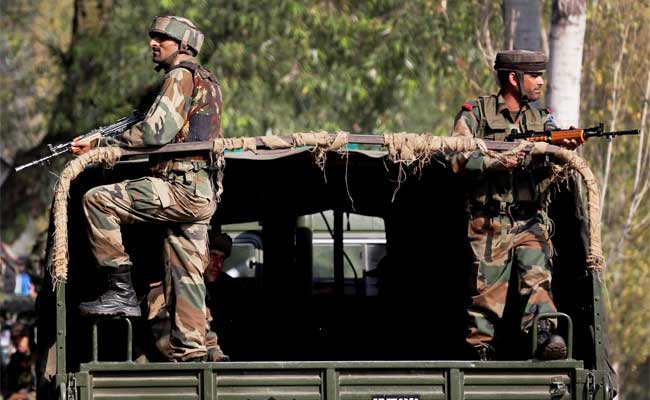 New Delhi: In a strong message to Pakistan today at a United Nations platform, India asked it to clean house by dismantling terror infrastructure instead of "internationalizing" Kashmir, pointing out that the freedom enjoyed by terrorists like Hafiz Saeed and Syed Salahuddin shows its "active support for such personalities".

At the same time, Pakistan's own blatant human rights abuse in Pakistan-Occupied Kashmir and Balochistan was creating a "cauldron of tumult" and jeopardizing the safety and security of the region, India said.

A day after the terror attack in Uri -- which most nations have denounced in no uncertain terms - India told the UN Rights Council said the "fundamental reason" for the disturbances in Kashmir was the cross-border terror promoted by Pakistan.

Hitting out at Pakistan -- which has asked for intervention from permanent  members of the UN security council to stop the violence in Kashmir -- India held it squarely responsible for the involvement of young boys in the stone pelting protests in Kashmir. It was Pakistan's "ruthless" policy, India said, which put children at the "forefront of violent mobs instigated and supported by their handlers from across the border".

The Indian statement came hours after a meeting in Delhi in which Prime Minister Narendra Modi gave the green signal to diplomatically isolate Pakistan at every international forum.

Sources said it was likely that India would raise the Uri attack, in which 18 soldiers were killed on Sunday, at the United Nations General Assembly as part of a calibrated, multi-layered response strategy.

As investigators said they had found Pakistan links to the four terrorists who had attacked in Uri, India lashed out at Pakistan. Branding Pakistan a "terrorist state", Home minister Rajnath Singh had called for isolating it. The idea was endorsed by Union Finance Minister Arun Jaitley, while Defence Minister Manohar Parrikar had instructed the army to take "firm action".

Pakistan has denied any links with the attackers calling it a "baseless and irresponsible accusation".
Comments
IndiaUri attackKashmirUNHCRIndia-Pakistan tiesIndia on Pak terrorDelhi