While being vigilant about people with symptoms, ASHAs also continued to provide care for pregnant women, newborns and children, the ministry said. 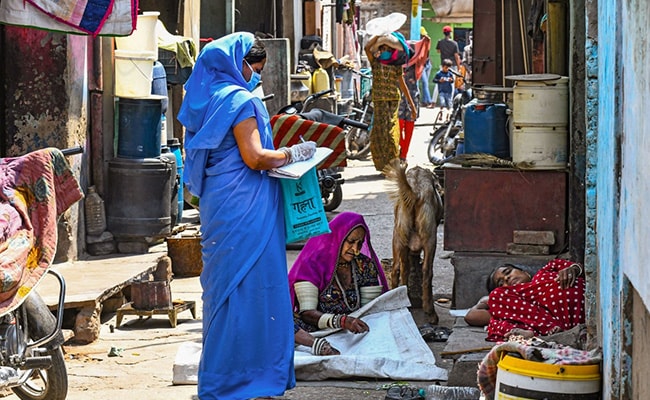 Accredited Social Health Activists have emerged as integral pillars of Rajasthan's COVID-19 response and reached out to nearly 39 crore people in eight crore households, in collaboration with Auxiliary Nurse Midwives, for active surveillance and information dissemination, the Union health ministry said on Sunday.

While being vigilant about people with symptoms, ASHAs also continued to provide care for pregnant women, newborns and children, and mobilised transport to health facilities in cases when ambulances were not available, it said.

In Rajasthan, the COVID-19 pandemic coincided with the harvest season and families of most ASHAs expected their support in harvesting activities, the ministry said.

"This year though, the intensive involvement of the ASHAs in the pandemic prevented most of them from doing so, leading to considerable resentment and resistance from their families," it said in a statement.

Citing the example of ASHA worker Gogi Devi, the ministry said she continued to serve with tenacity and fulfil her role as a social mobiliser and a community-level care provider.

Her efforts were rewarded when the pradhan of her gram panchayat publicly applauded her role in COVID prevention and containment measures, it said.

For Gogi Devi, her community's acknowledgment and recognition of her work are strong motivation to carry on tirelessly, it added.

The work of ASHAs as integral pillars of COVID-19 response started immediately after the first case was diagnosed in early March this year in Jaipur, the statement said.

On March 8, all 9,876 gram panchayats of Rajasthan organised a special gram sabha in which ASHAs took the lead in explaining modes of transmission of COVID-19, precautions and control measures, it stated.

This strategic initial effort was the key in securing the support of the gram panchayat representatives to ensure prevention and control measures in their jurisdiction and also support ASHAs and other frontline workers to undertake their tasks without any hindrance, the ministry said.