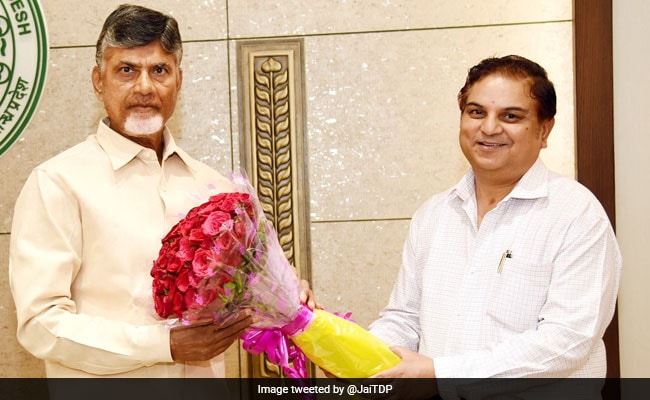 The Election Commission on Friday removed Andhra Pradesh Chief Secretary Anil Chandra Punetha from the post and appointed senior-most IAS officer LV Subrahmanyam of the 1983 batch in his place.

The EC stated this in a communication to the Andhra Pradesh government.

Earlier, the EC had removed two top bureaucrats from their posts during election time.

The EC also directed that Mr Punetha, scheduled to retire from service May-end, be posted to a ''non-election'' position.'' Mr Punetha had filed a writ petition in the Andhra Pradesh High Court on March 27 challenging the EC order, transferring the Director General of Intelligence A B Venkateswara Rao.

He contended that the EC did not have any ''untrammelled powers'' to interfere with the course of administration that is unconnected to polling.

"The EC cannot engage in unchecked, arbitrary and uncanalised exercise of power. The EC order suffers from the vice of lack of jurisdiction, suffers from being a colourable exercise of power and is based on alien purposes or oblique motives which have nothing to do with the conduct of polling duties," state Political Secretary (General Administration Department) N Srikant had said in the petition, filed on behalf of the Chief Secretary.

Mr Punetha had complied with the EC order on Tuesday midnight and transferred the Intelligence DG, along with two district SPs, but cancelled the Intelligence chiefs transfer order on Wednesday morning, after the Chief Minister allegedly raised a hue and cry.

The High Court had rejected the Chief Secretary's petition last Friday, forcing him to issue an order shifting the DG intelligence.

"First they (ECI) transferred a district Collector. Then the Intelligence DG and two district SPs and now the CS. Why? They did not give any reasons," he said, addressing a road show in Visakhapatnam.
Mr Naidu went to add that he too might be arrested.

"They may also arrest me tomorrow or day after. I am prepared to go to jail. I will fight from there itself," he said.